Explore the work of the Detroit architect. 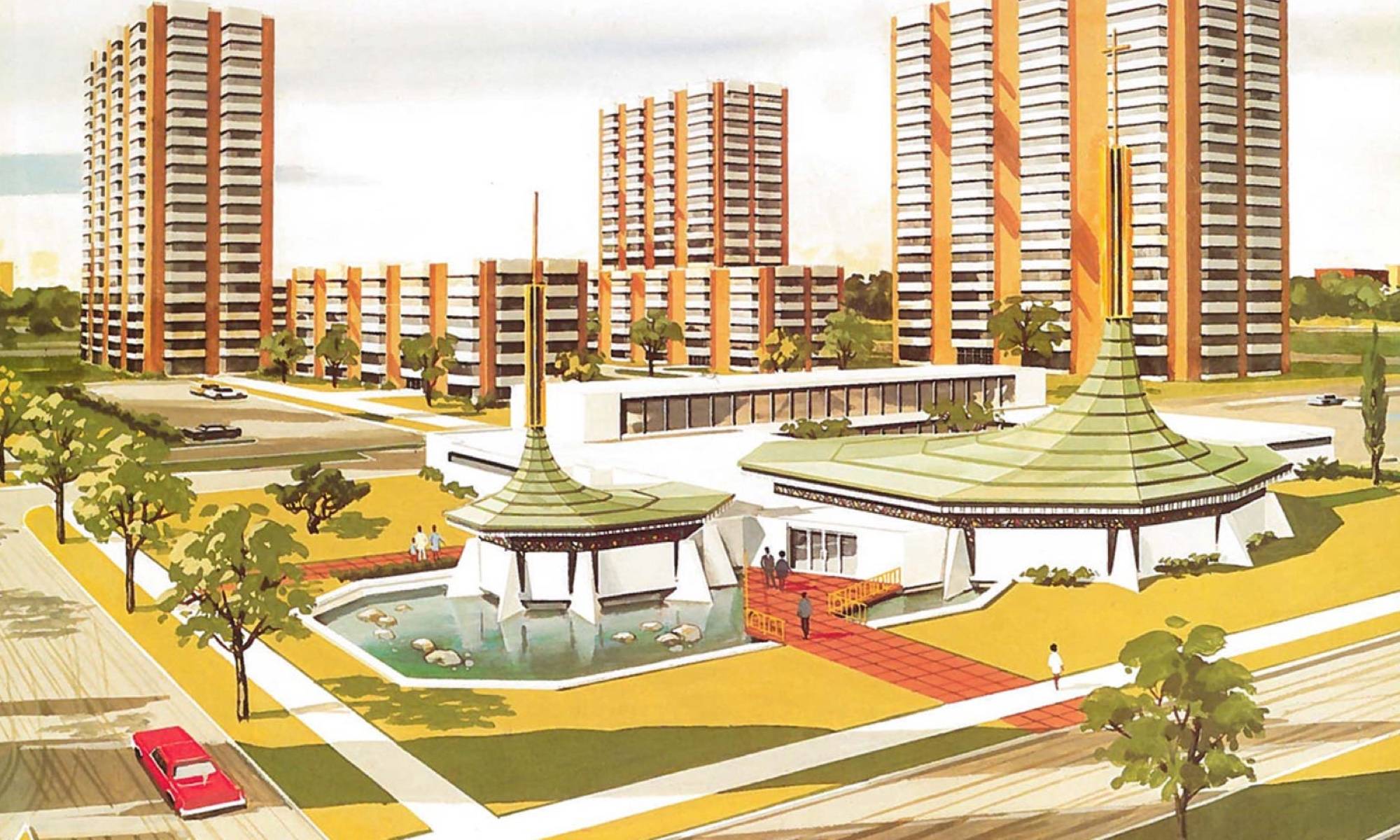 Explore the work of a modernist Detroit architect. 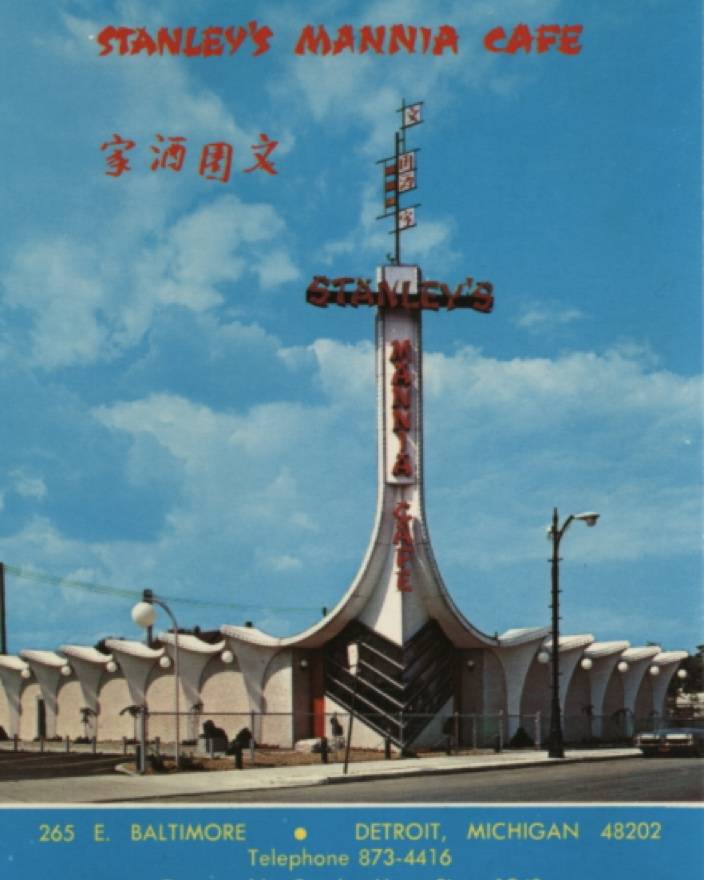 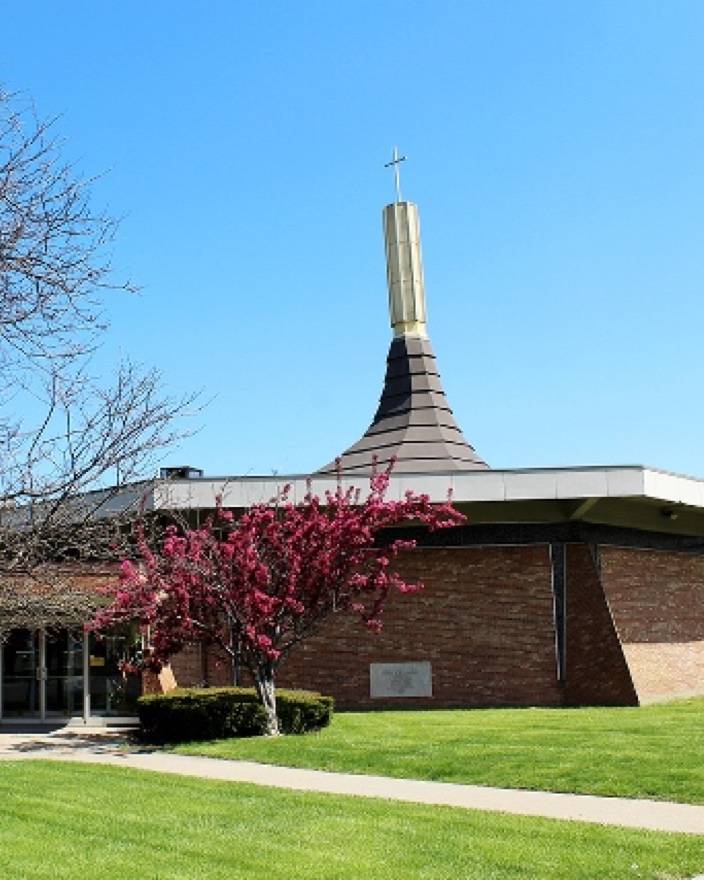 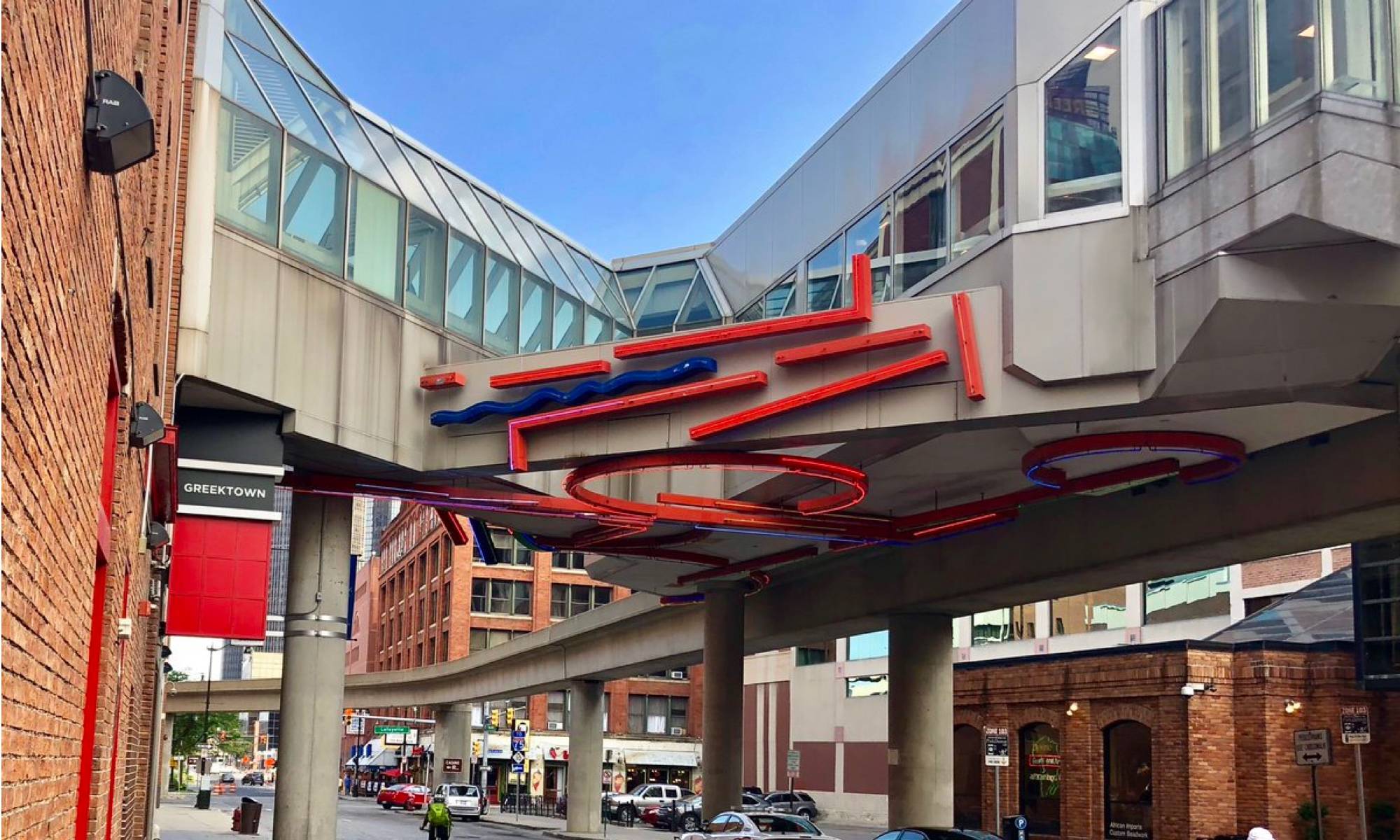 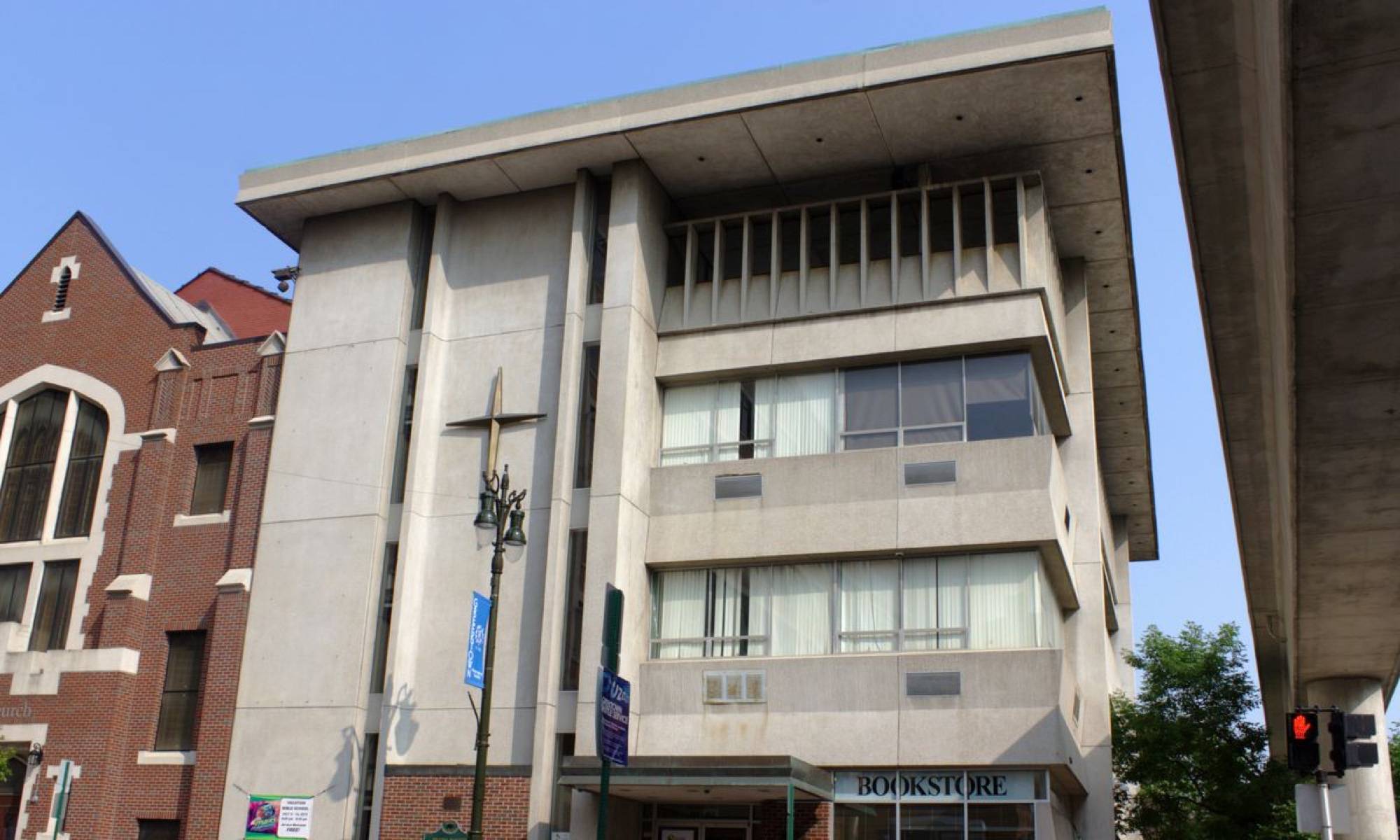 1. Header image: The plan for the Bethel A.M.E Church, designed by Nathan Johnson. / 2. An advertisement for Stanley's Mannia Cafe showing Johnson's design in its heyday. / 3. The Bethel A.M.E Church is still in use today. Image via Infinite Mile Detroit. / 4. One of Johnson's People Mover stations in downtown Detroit. Image via Curbed Detroit. / 5. Johnson's addition to the Second Baptist Church sits next to the People Mover track in downtown Detroit.

For the Detroit architect Nathan Johnson, the influx of building projects in the 1960s and 1970s fueled by the golden age of the automobile industry were an opportunity to introduce the city to his uniquely forward-looking style.

Born in Kansas City, Johnson began working for White & Griffin in Detroit in 1950 after meeting founder Don White at a convention for their fraternity, Kappa Alpha Psi. The firm was one of the first Black-owned architecture firms in the country, and it was a major force in Detroit’s design scene until it closed in 1954.

The firm’s partners made a point of mentoring young Black architects in an industry where racism was rampant. For Johnson, who noted that he found inspiration in the career of Black architects like Paul R. Williams, the support and mentorship at White & Griffin was formative. But after a few years in the ranks of draftsmen, Johnson struck out on his own when White & Griffin ceased operations in order to work on projects in Liberia.

From his office on West Grand, Johnson quickly developed a large roster of clients, in particular church congregations looking to build new places of worship. But rather than construct a series of staid churches, Johnson often used his work during the period to explore the futuristic Googie style, which sprung from a collective fascination with the technological advancements of the sixties.

One notable example is Johnson’s design for the Stanley’s Mannia cafe, commissioned by the restaurateur Stanley Hong. The result was a fanciful building that centered around a roofline reminiscent of the launch trajectory of a rocket.

Below the sweeping prow were swooping curved walls and a colorful facade. The restaurant’s appearance was so unique that it served as advertisement for the food — and surely enticed many a driver to stop in.

Stanley Hong was so pleased that he had Johnson design a modernist home for his own family. While the restaurant was popular in its day, the building has been abandoned for decades. 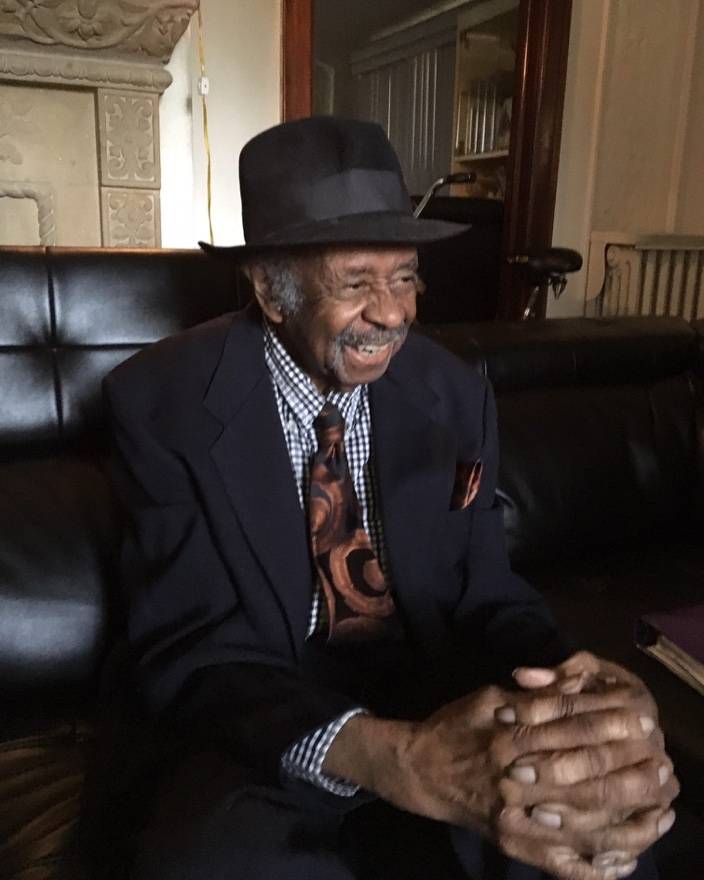 Nathan Johnson at home in Detroit, 2019. Image via Docomoco.

Other projects remain in use. In 1974, Johnson designed a new building for the congregation of the Bethel African Methodist Episcopal Church, which has existed in Detroit since the 1840s.

In Johnson’s plan, a complex was formed from two pavilions, each with that dramatically upswept roofline that Johnson loved. Inside, a vaulted ceiling would float weightlessly over an open sanctuary. The entire complex would sit nestled around a landscaped reflecting pool, and would connect to a block of modernist administrative offices.

While only the main pavilion was ever constructed, the Bethel A.M.E Church remains one of Detroit’s most recognizable architectural landmarks, and is still home to the congregation that hired Johnson to build it.

Later, Johnson dabbled in the ‘international style’ with several high-rise apartment buildings along the Detroit riverfront. In the eighties, Johnson’s design for a brutalist addition to the Second Baptist Church received attention for the way it married the older style of the church with a simplified concrete form.

Johnson also created the iconic concrete passenger stations for Detroit’s People Mover, which in 1987 was an interesting experiment in civic mobility, and is still running today.

The large project, spanning the downtown core of Detroit, was especially notable for the way Johnson made sure to subcontract work to other Black architects and designers, including the late Charles McGee. But for Detroiters, Johnson’s most familiar work may be Shed 5 at Eastern Market, where thousands shop each weekend at one of the largest and longest-running outdoor markets in the country.

Though Johnson’s career outlasted the Googie style that made him so successful early on, he never lost his taste for modernism, and Detroit is all the better for it.

Related Posts
paul-revere-williams
celebrating-norma-sklarek
This willl be hidden in site and replaced with the corresponding posts.