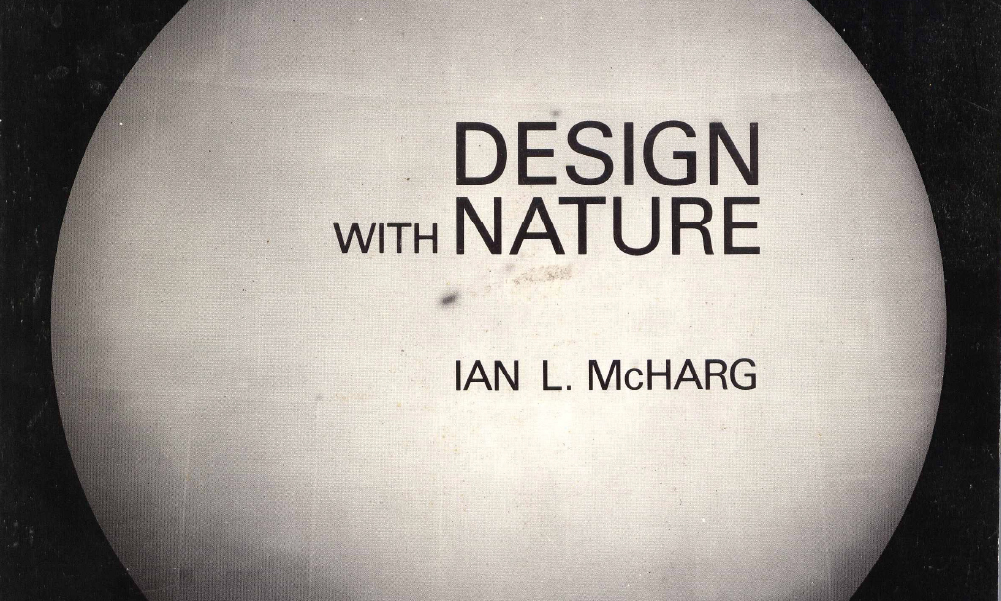 The discipline of landscape design considers an important question: how does the outdoor space interact with the architecture of our built environment? But the answer to that question was never set in stone. In the 17th century, it was the formal planned gardens of the french that caught the public imagination. Later, the softer & wilder English gardens became the standard. In the 19th century, planners like Olmstead advocated for spaces of natural beauty in the world’s biggest cities. But all of these trends involved a forced taming of land & ecology and failed to consider the environmental impact that resulted.

That began to change in 1969, when the young landscape designer, Ian McHarg, published his book Design with Nature. McHarg’s work is relatively unknown compared to his contemporaries like Rachel Carson, and the committee of students who would plan the first Earth Day that year. But that doesn’t mean his ideas were any less impactful. The book would provide a practical manual for activists to transform the built environment. 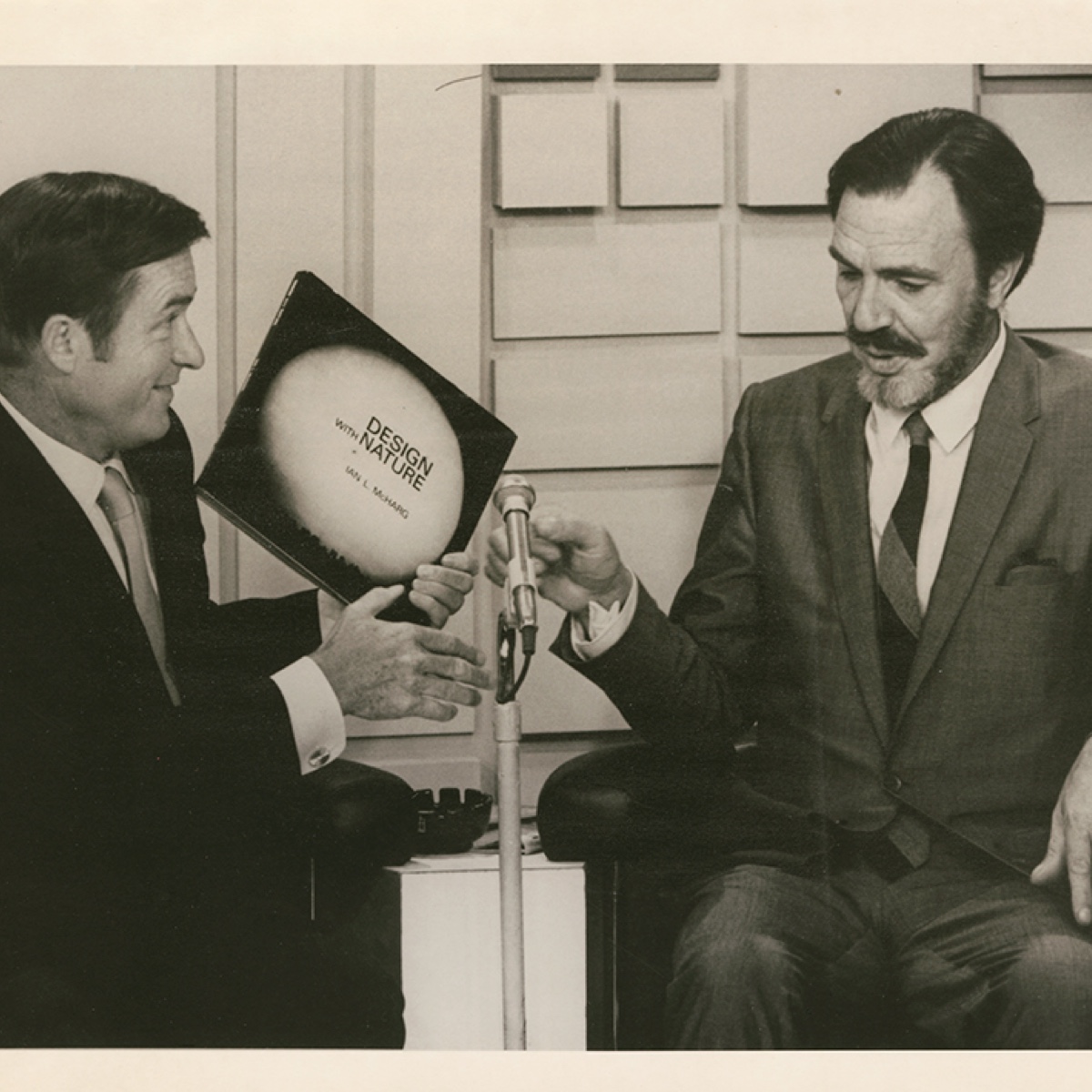 Design with Nature was not a staid guide to perennials & formal flower beds. McHarg wrote in the language of a new generation, one that found meaning in exploring the possibilities of environmentalism and revolutionary politics. “This book is a personal testament to the power of sun, moon, and stars, the changing seasons, seedtime and harvest, clouds, rain and rivers, the oceans and the forests, the creatures and the herbs. They are with us now, co-tenants of the phenomenal universe, participating in that timeless yearning that is evolution, vivid expressions of time past, essential partners in survival and with us now involved in the creation of the future.”

Part philosophy, part urban planning manifesto, and part data analysis instruction manual, Design with Nature’s new-agey introduction belied a serious message. The book was the first to advocate for design that took environmental impact into account in a “layer cake” method. This meant observing the planned site using spatial data — from the groundwater, to the soil, to the aesthetics — all “layers” of the design. A site would be suitable for use only if the plan was informed by these multifaceted data layers. This method of analysis became the basic principles of Geographic Information Systems, powerful software now used by every architect, city planner, and landscape designer to analyze our environment. 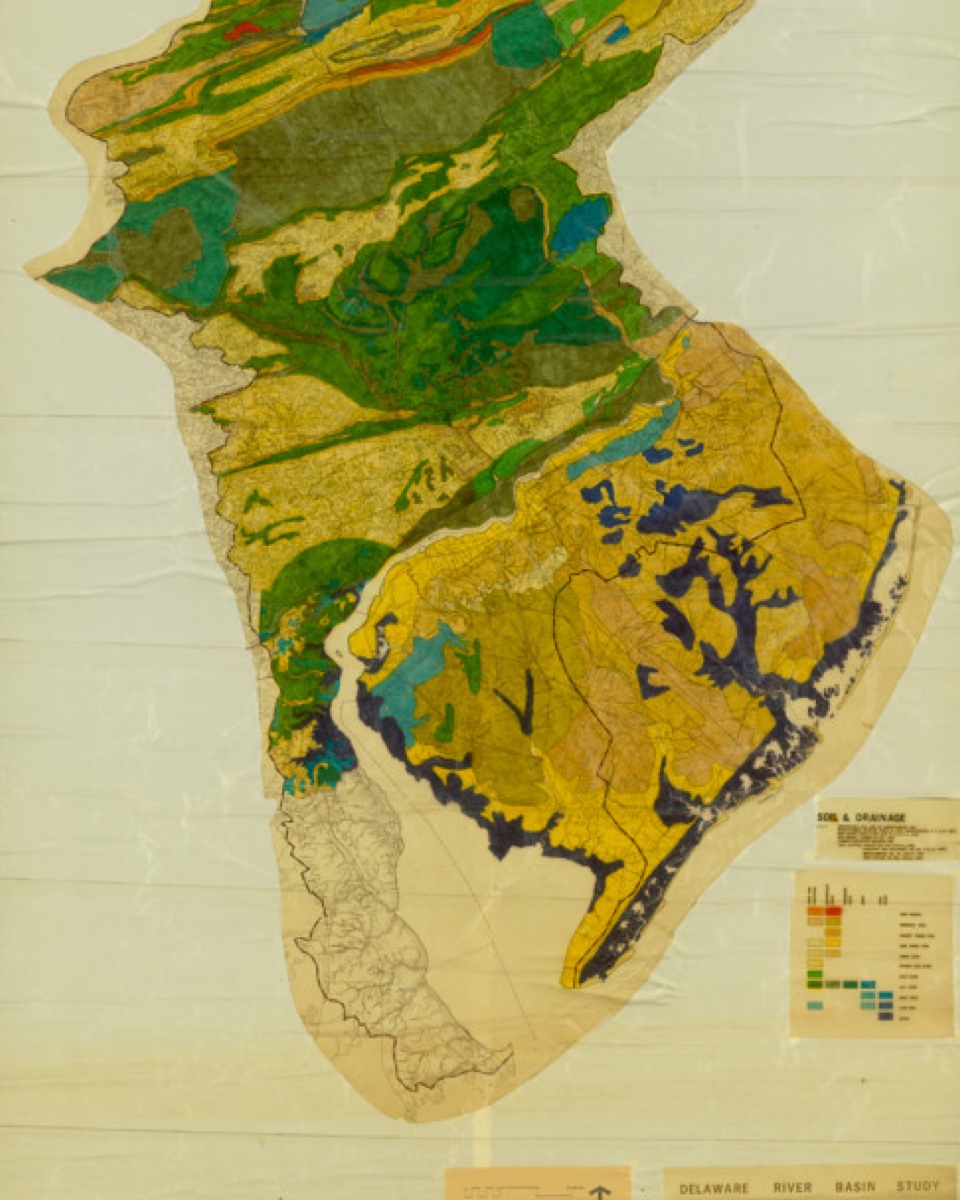 The layered method of analysis, hand-drawn. Each color represents aspects of the soil, water, or landscape. This method became the basis for GIS software, used by most design professionals. Image via the University of Pennsylvania Architecture Archives.

Design with Nature was not without valid critiques. Some consider the emphasis on data collection and rationality insufficient to encompass humanity’s complicated, emotional relationship with land & place. The book’s project driven approach to environmentalism also seems somewhat quaint in the age of climate change — a suitability study for a new building does little to address the systemic changes that must be made to tackle the global challenge of climate change. But the book’s attention to ecologically-informed design drove a philosophical change in the world of landscape and architecture.

Design with Nature has been accepted into the mainstream of academic practice, but it remains an artifact of a time of mass activism. Only a year after its publishing, McHarg would speak at the first earth day in Philadelphia, reaching the ears of thousands of protesters. But fifty years later, the message still resonates: activism is necessary in design, and design is a key tool for building a better world.

A Dream of California Modernism
The Stahl House floats above Los Angeles.
Read