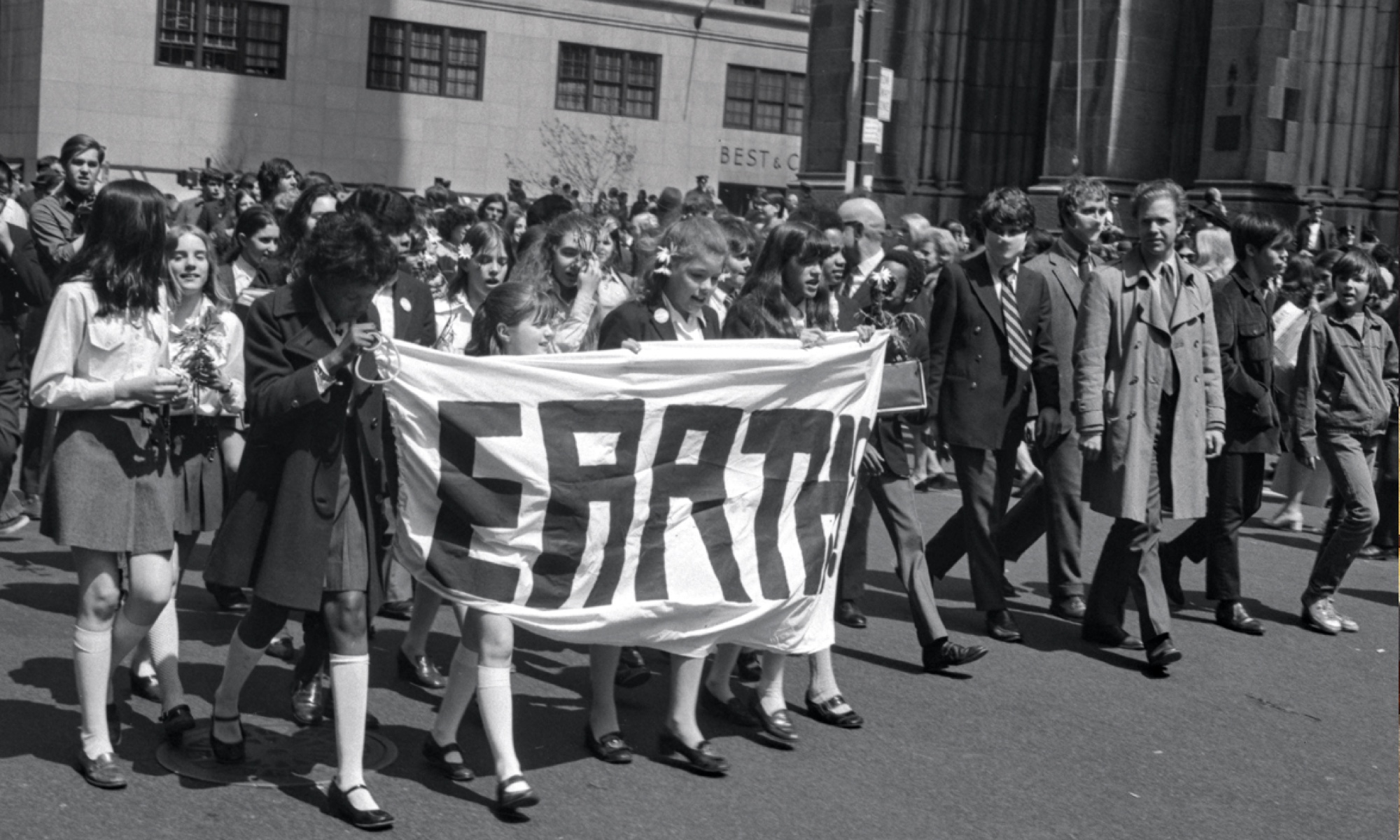 It was spring 1970. After the decade that saw the publishing of Silent Spring, a massive oil spill, and a burning river, Wisconsin Senator Gaylord Nelson saw an opportunity for change. It wasn’t that people didn’t care about the environment already. At the time, groups around the country worked to protect farmworkers from DDT, change the laws around industrial pollution, increase our access to organic foods, and conserve lands for wildlife. But the movements were disparate — according to organizer Denis Hayes, few of those organizers saw the possibility for a larger, all-encompassing environmental movement. After the popular success of anti-war demonstrations on college campuses, Nelson believed the time was right to build a mass movement against rampant environmental destruction. He decided to organize Earth Day. 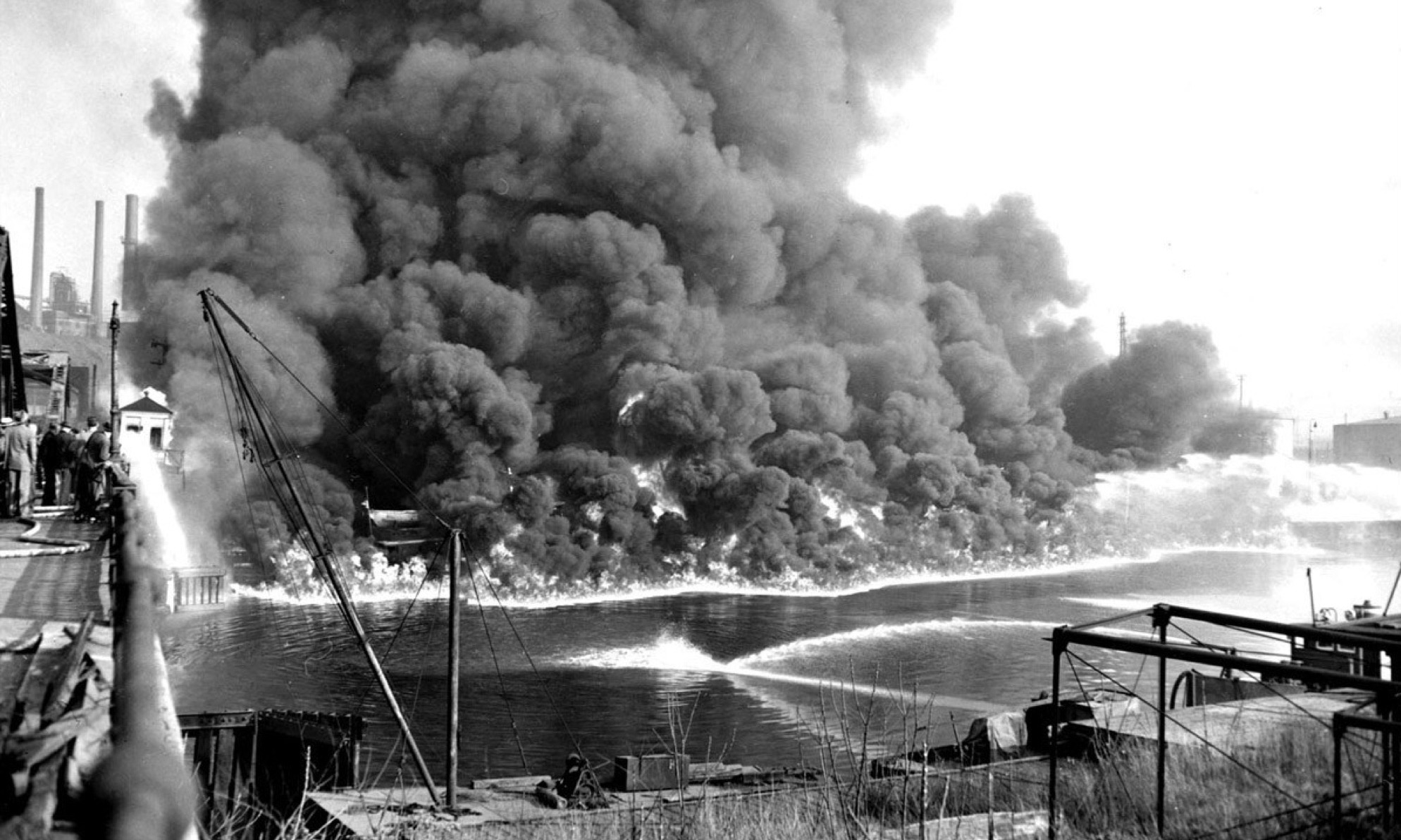 Earth Day 1970 was actually more like Earth Spring. Six months ahead of the chosen April 22 date (Nelson was convinced this Wednesday in April would fall into the sweet spot between spring break and college finals), the senator began reaching out to environmental groups across the country. A small staff of young people spread the word about a teach-in event to be held on college campuses, modeled after successful Vietnam War protests. Soon, it became clear that the activists could reach wider than the progressive youth they originally targeted. United Auto Workers contributed money for a phone line, and calls were made to cities and towns across the country. Soon, local organizers were recruited and events were planned in parks, in libraries, in schools, and even on PBS television programs including Sesame Street. Planned speakers included scientists, outdoor enthusiasts, mothers, veterans, conservationists, indigenous people, and even businessmen. 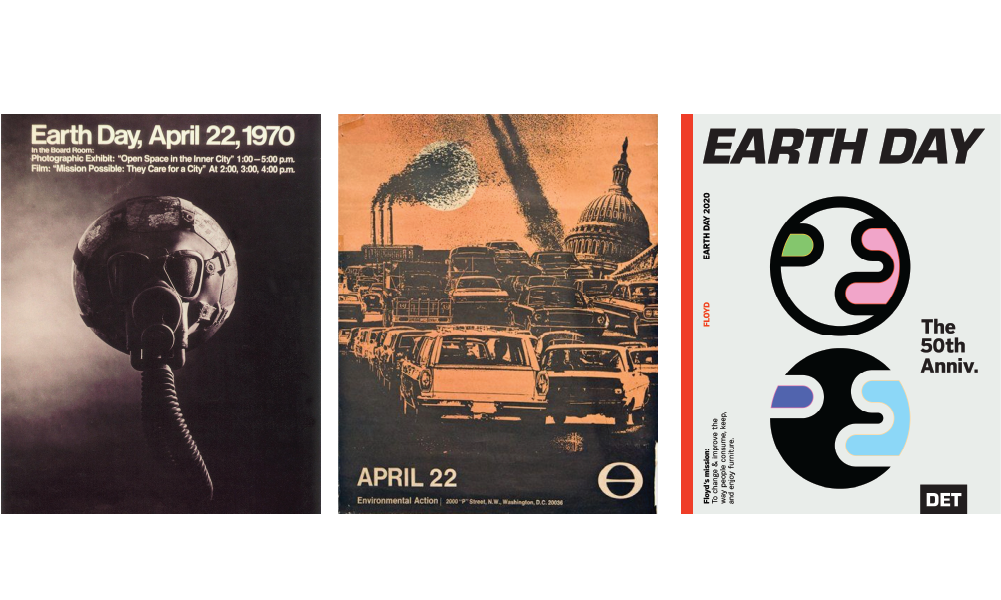 On April 22nd, 1970, demonstrations began across the country. 1500 college campuses held events, often programmed over the course of the week. Sit ins, boycotts, cleanups, lectures, town halls, panels, and marches took place concurrently. The front page of the New York Times, the cover of Time Magazine, and every news network put the spotlight on the movement. It is remarkable how coverage of the event 50 years ago draew the connection between the everyday environmental concerns — like pollution and reliance on fossil fuels — and their cumulative impact on global warming. 20 million people turned out, about a tenth of the US population at the time. It was an unprecedented sense of unity that drove the participation of a broad coalition of participants: liberals, socialists, and conservatives all took part in the group action. 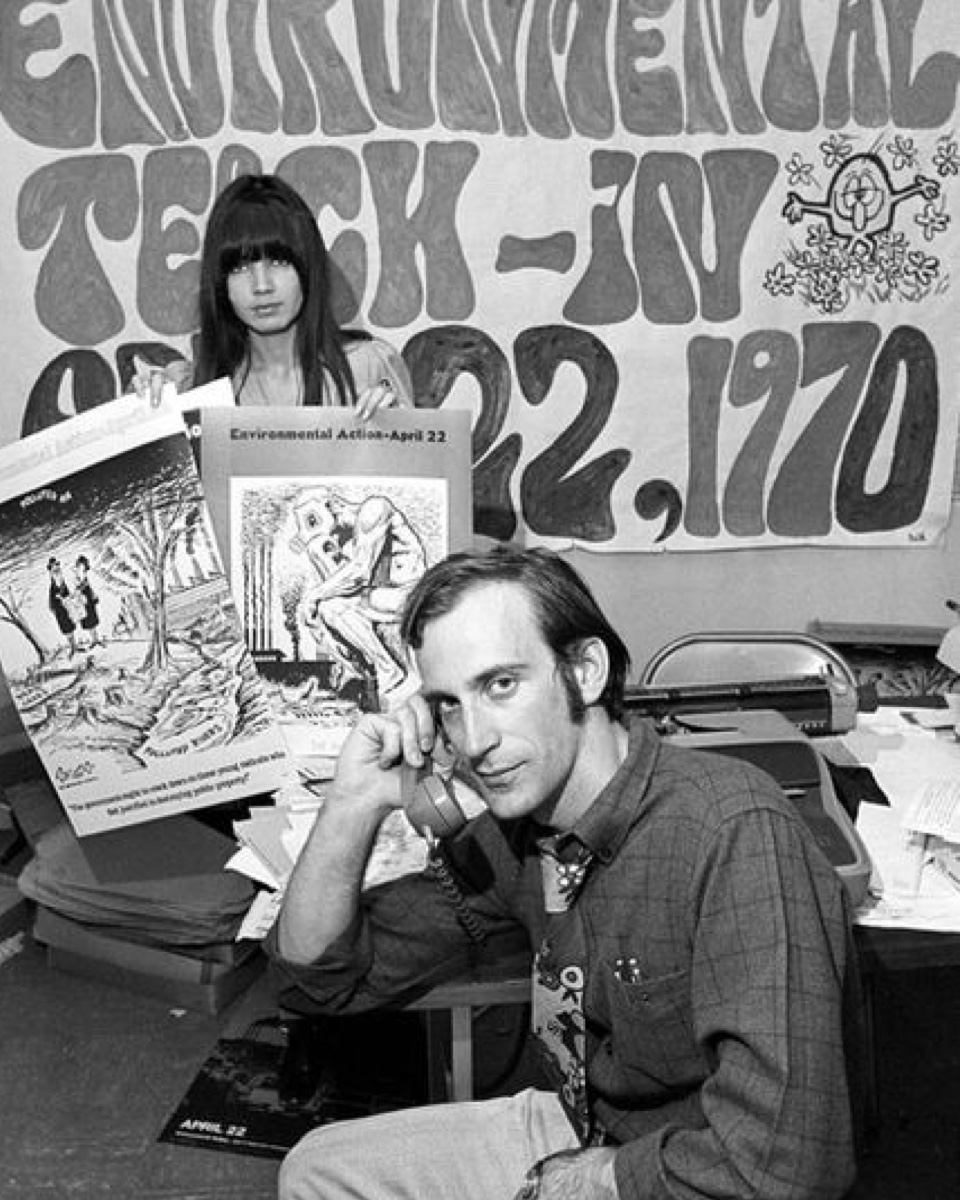 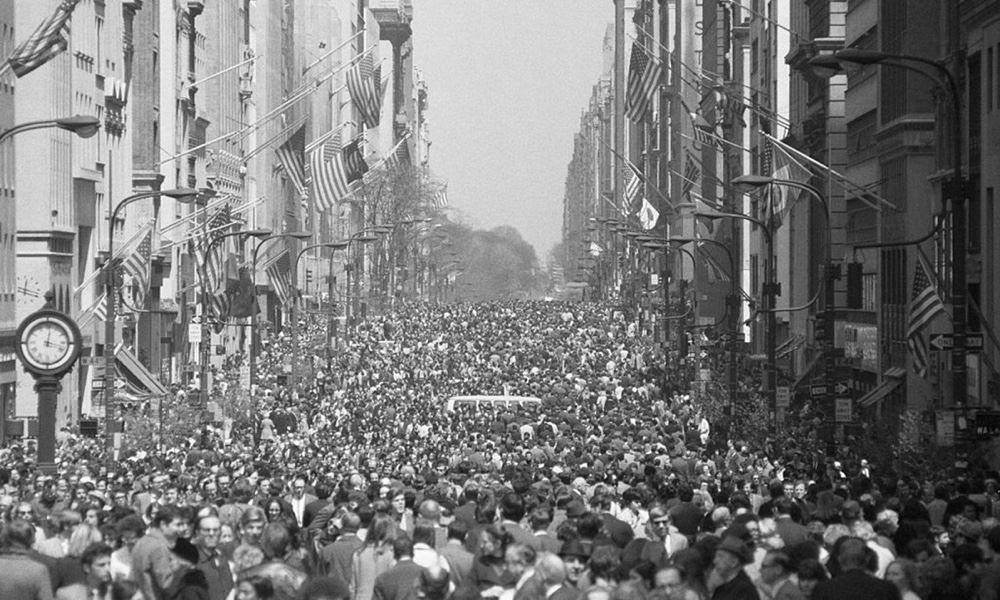 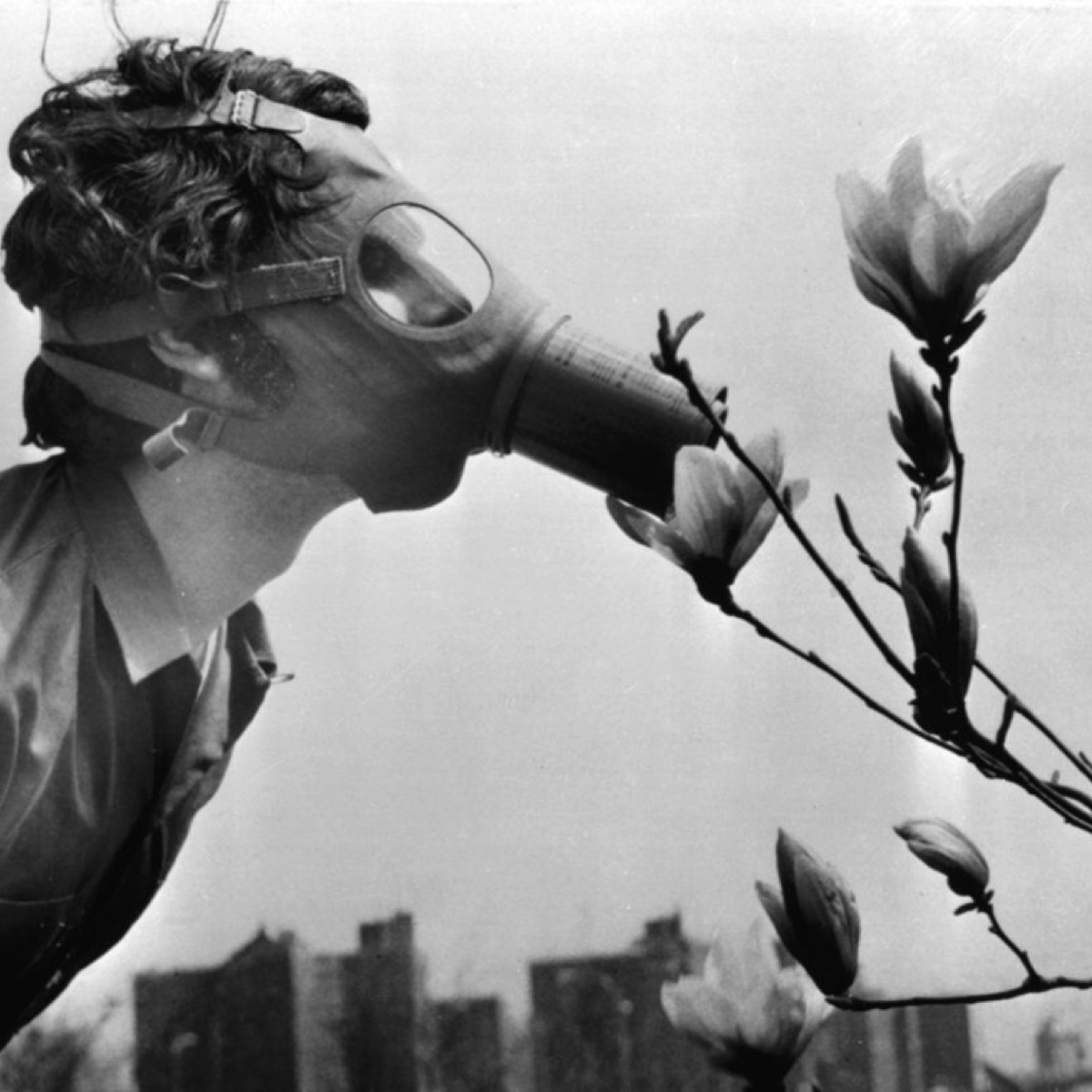 Denis Hayes, one of the key organizers of Earth Day 1970.
A packed 5th Avenue in New York City. 20 million people turned out to events across the country.
Protestors turned out for many causes under the umbrella of environmental activism. The Clean Air act was passed later in 1970.

The turnout was unprecedented, but the long term results even more so. In the year after the first Earth Day, the conservative Nixon administration was pushed by public sentiment to found the EPA, and sign into law the Clean Water Act, the Clean Air Act, and the Endangered Species Act. Dozens of congressmen who supported the worst polluters were named and shamed, and seven were voted out of office. Environmental organizations sprung up to help in the fight for clean air & water. And of course, Earth Day continued as an annual reminder of our duty to take action on climate change. 1970 was a watershed moment, proving that it is possible to gather all types of people into a common cause, and that systemic change is possible not from a single action but from collective movement toward a broader goal.

The lessons of Earth Day 1970 are many, but perhaps the best takeaway is that you can contribute. It can be easy to underestimate the power in buying sustainable products or lowering your gasoline consumption, or voting for a candidate who supports environmental legislation. But by doing those things alongside many others who also care, you can make a meaningful impact, just as each person who took part in Earth Day 1970 did. In a year when in-person demonstrations are not possible, remember that you can do many of these things from the comfort of your home. Even small actions help — you can vote, canvas, sign petitions, and contribute money to help elect and support those people, businesses, and causes that will create change on a systemic level.