Tour the Stahl House | A Dream of California Modernism 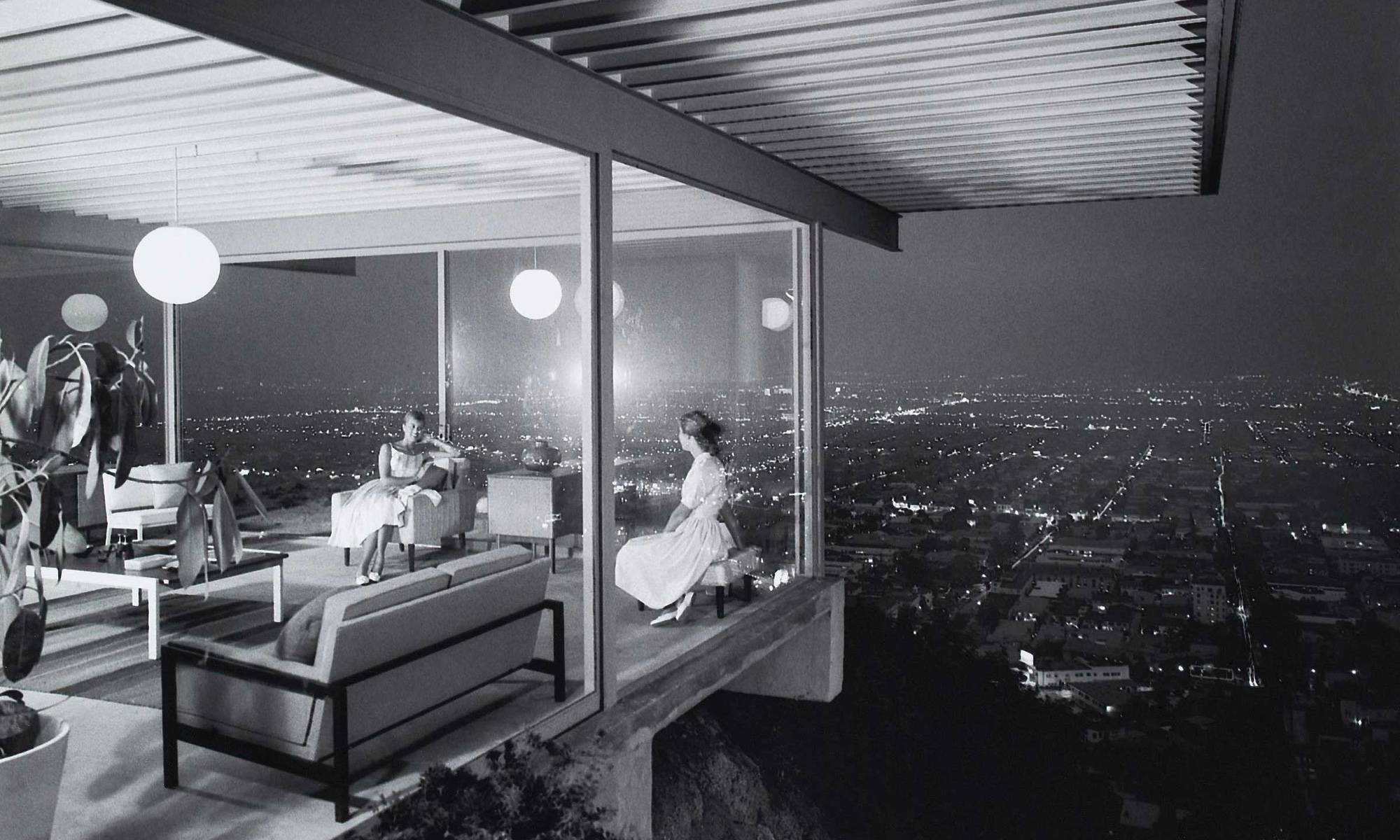 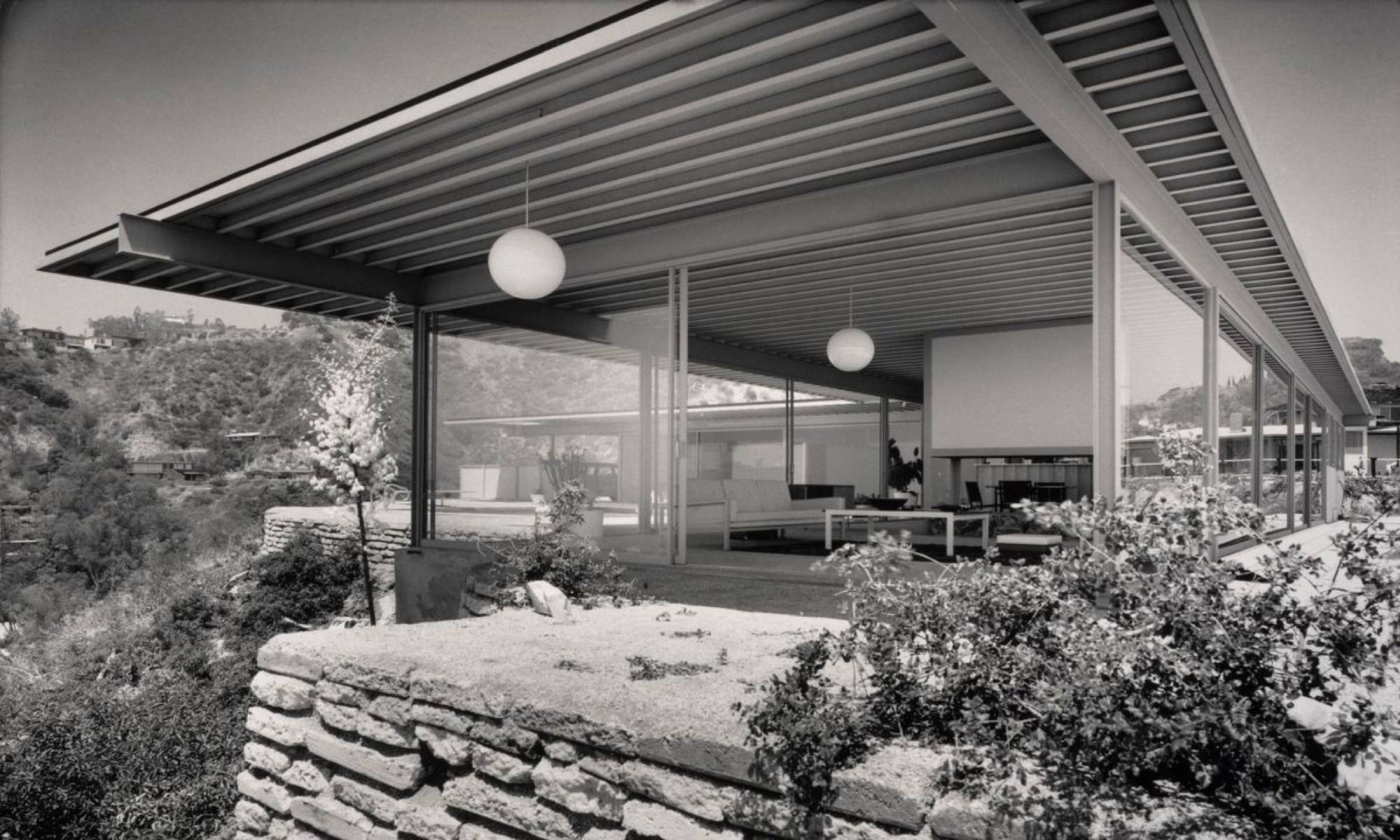 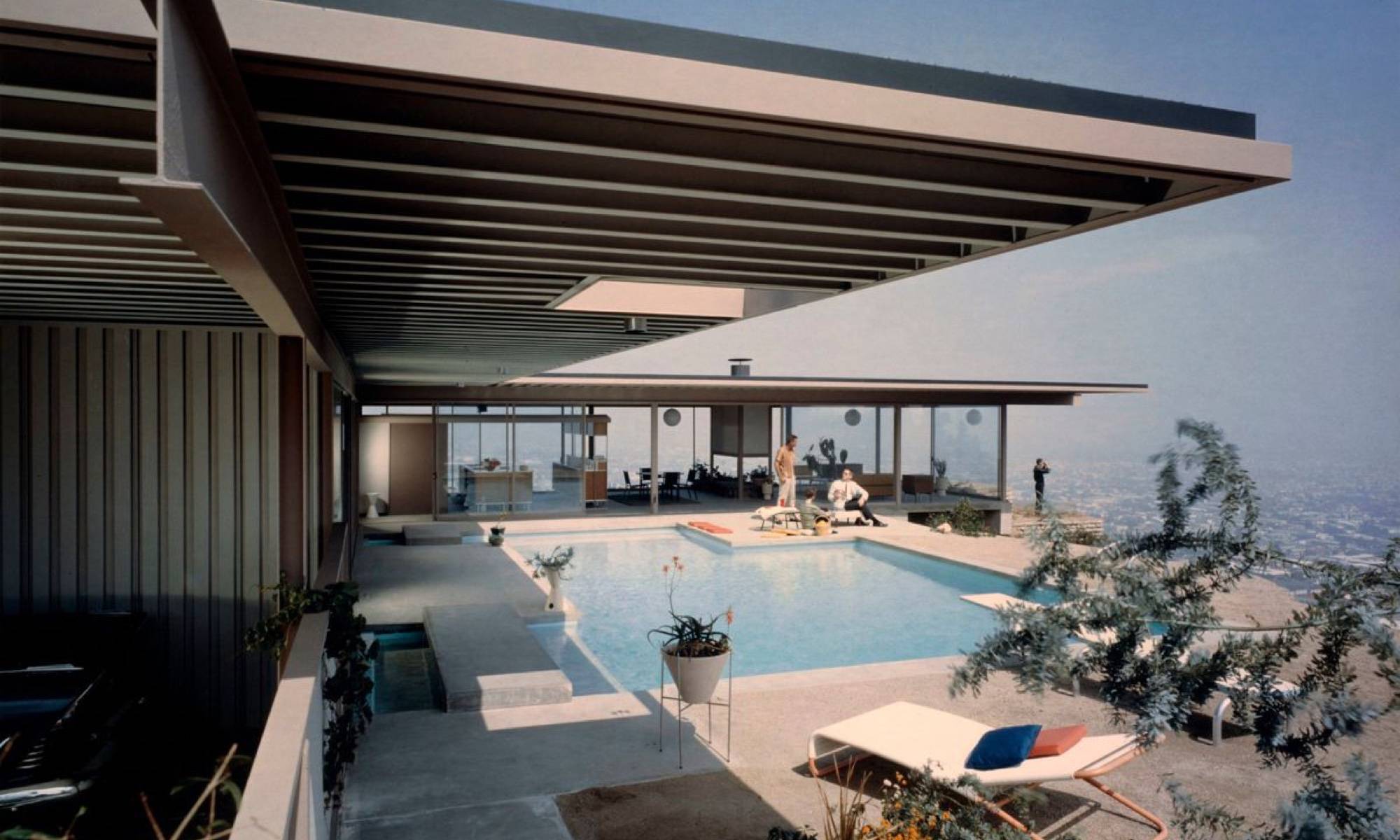 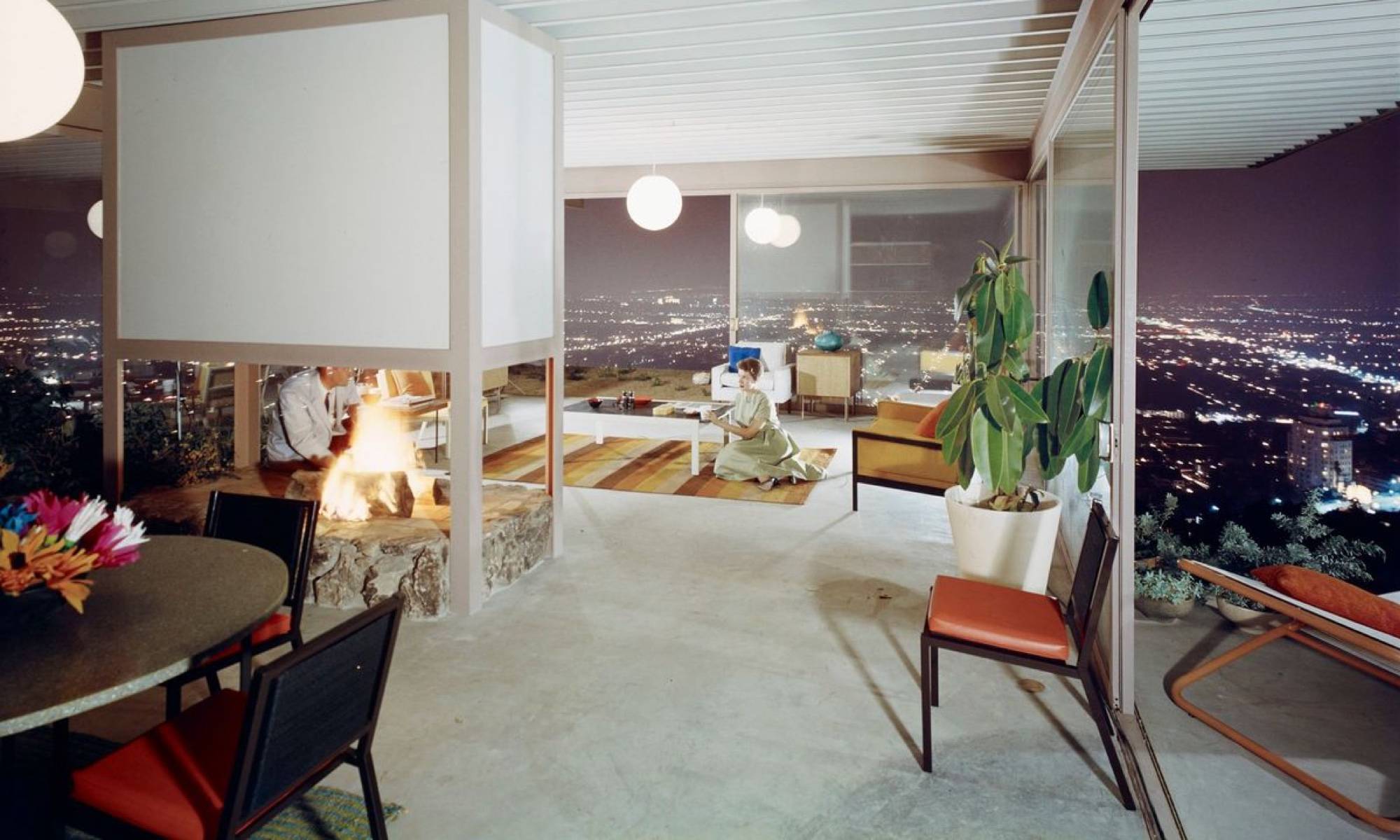 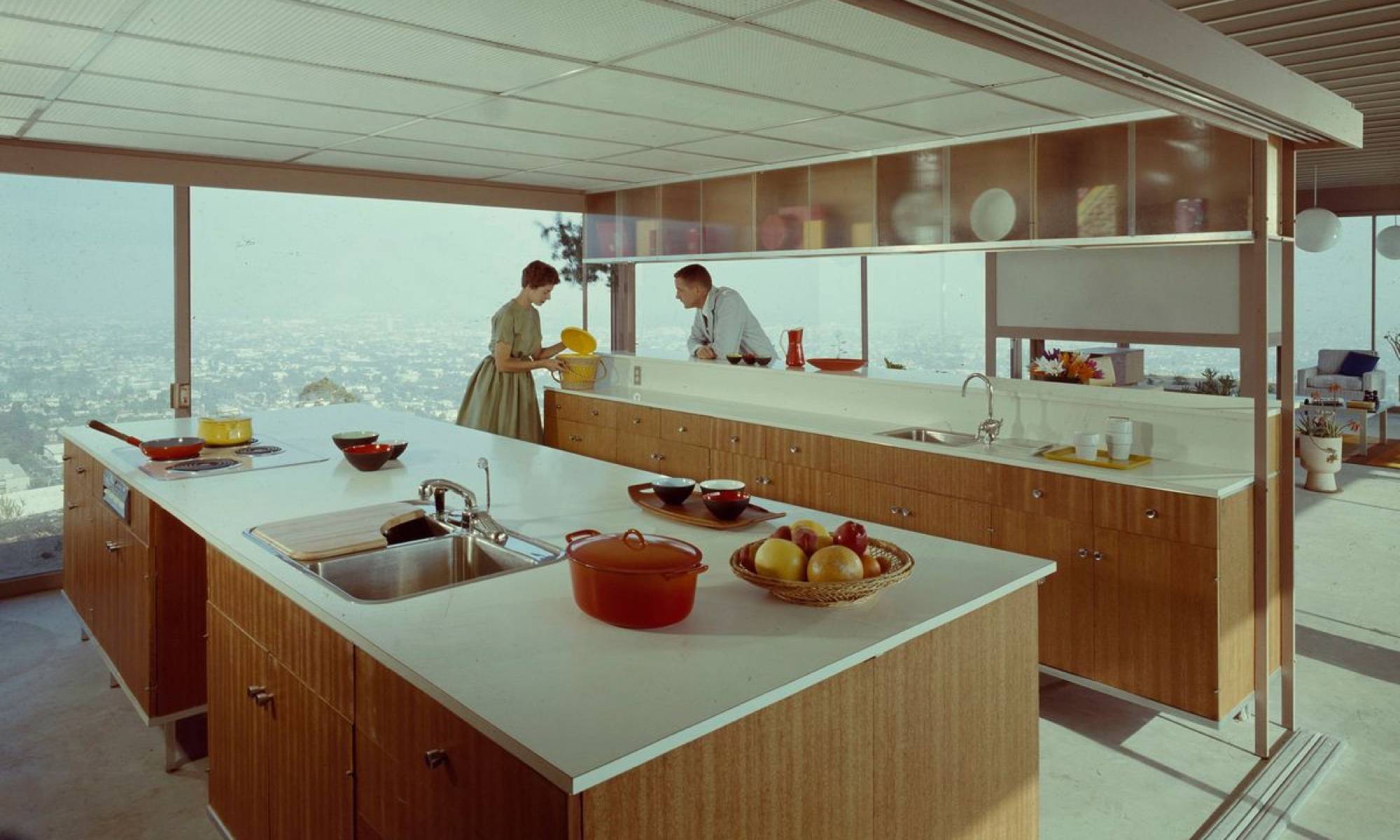 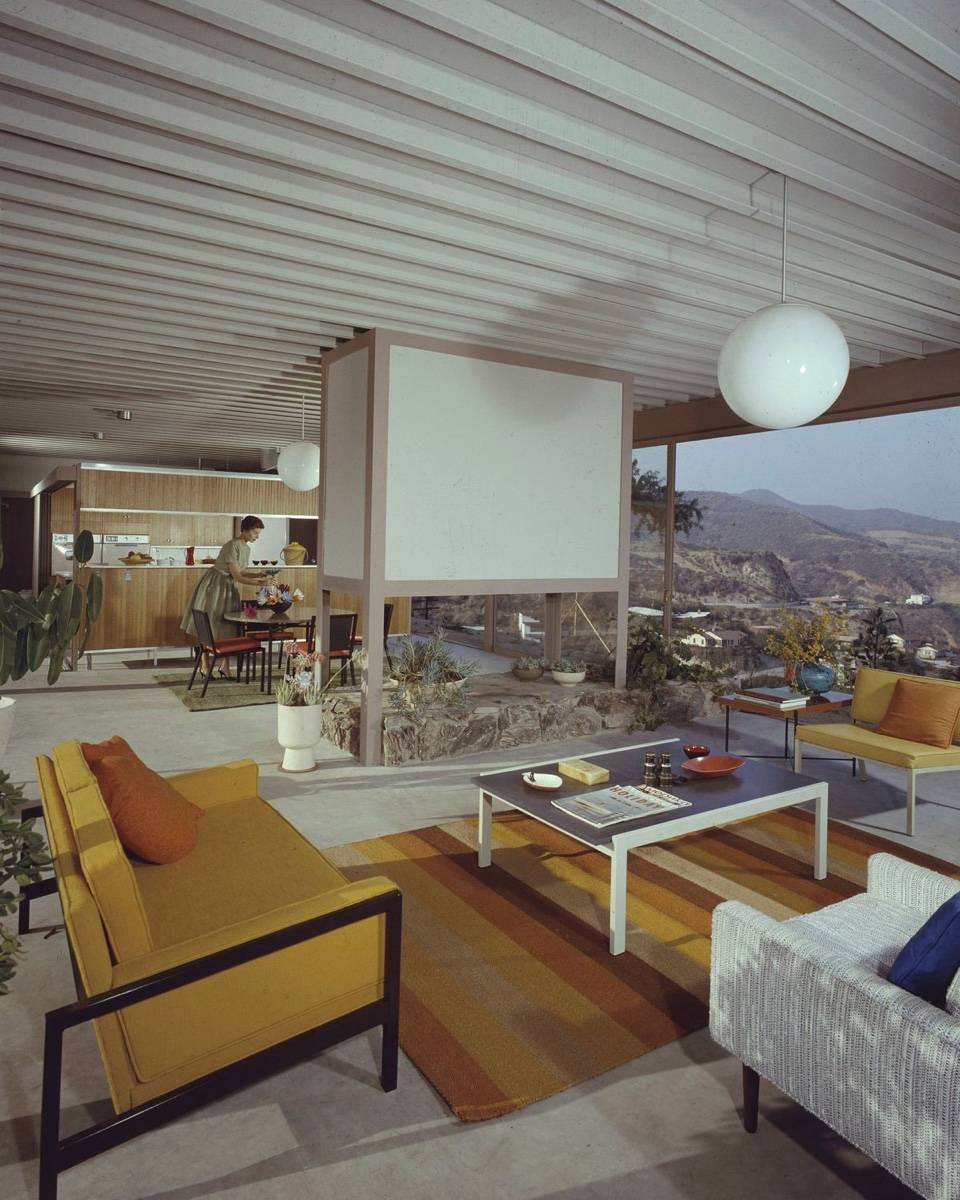 1. Header image: The famous Julius Schulman photograph, taken in 1960, of the Stahl House floating above the Los Angeles Basin. / 2. Before the home was built, Buck Stahl leveled the lot himself, often using concrete scraps to save money. / 3. The view of the pool terrace demonstrates the simple, L-shaped plan. The pool was required by the bank in order to finance the construction of the home. / 4. The interior of the home has no load bearing walls to obstruct the view. Koenig used steel joists to cantilever the living space over the hillside. / 5. The home was carefully furnished with state-of-the-art appliances as part of the Case Study program. / 6. A multi-sided fireplace provides the axis around which the living space revolves.

All images by Julius Schulman via the Getty Research Trust.

It’s likely you’ve seen the Stahl House, at least on screen. It’s been used in dozens of movies, and even an episode of the Simpsons. Or, maybe you’d remember the classic Julius Schulman image, two glamorous women dressed to the nines, reclining elegantly inside the home’s glass facade over the glittering lights of Los Angeles.

It may be the most famous real estate marketing image of all time, capturing the zeitgeist of new space age style. It makes sense, then, that this sleek mid century home, with its floating glass promontory, has become a landmark in Los Angeles.

The Stahl House has humble origins. Buck Stahl and his wife Carlotta were living the American dream when they settled in Los Angeles in 1954. Architecture in the Hollywood Hills at the time leaned more toward mediterranean splendor than modernism. But the Stahl’s dreamt of one day building their own home.

Luckily, they knew where they would situate it. On a hillside just above their small rental home was a plot of undeveloped land. Eventually, Buck was able to negotiate a mortgage with the property owner and the hillside with the panoramic view was theirs to keep. But Stahl had a grand vision for the land — building a glass-walled home to frame the spectacular 270 degree view. 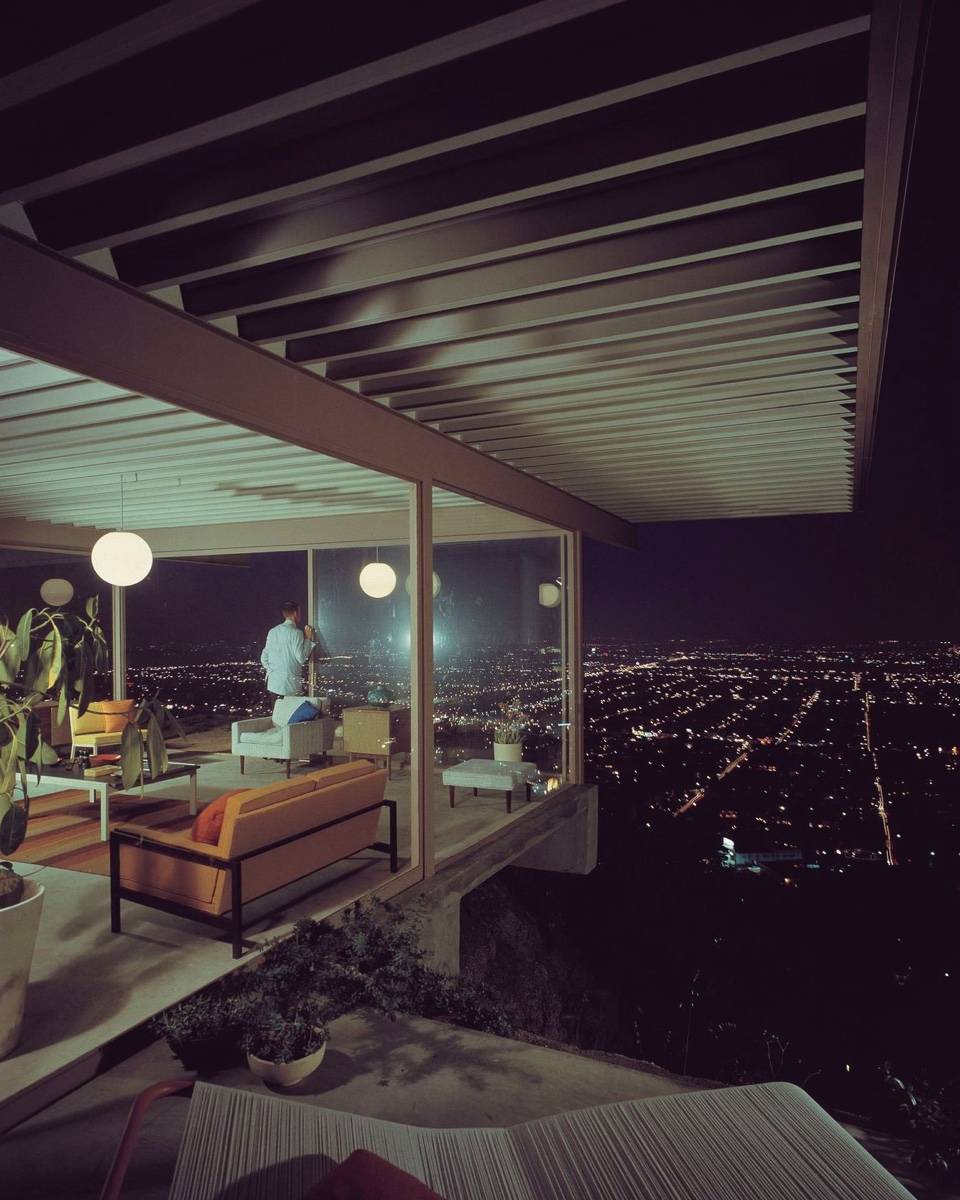 The famous Stahl House view, in color. Image by Julius Schulman via the Getty Research Trust.

Using Glass and Steel to Shape the Hillside Home

The Stahl’s architectural vision required a gutsy architect to pull it off. At the time, no one had built a home with so much glass, let alone one cantilevered over a hillside.

Pierre Koenig, at 32, was already leading the movement that would make steel an acceptable material for domestic construction. He was particularly fascinated by efficiency: Koenig believed that the key to producing better, cheaper homes was streamlining the parts needed for construction.

In this way, he envisioned a post war revolution in the design and functionality of American homes. His experiments were effective: in the Stahl House, he was able to use only 60 building components.

Convincing the City of the New Building Approach

After the initial plans were submitted in 1958, the city of Los Angeles did not consider them up to code. The design, according to the city, used too much glass and steel. It took considerable effort on Koenig’s part to change the minds of city officials, and required him to justify his use of steel as a measure for increased durability. But eventually, a year later, the permits were finally granted.

A Design That Scales

In contrast to the long process with the city, the construction was lightning quick. Using his streamlined components and careful designs (for example, only two types of standard steel beams were needed, and there were no interior load bearing walls to construct) Koenig was able to complete the home in a single day.

With two rectangular sections mirroring the geometry of the city streets below, the home seemed to echo its environment. Buck Stahl’s panoramic dream was realized. According to Koenig, “when you look out along the beams it carries your eye out right along the city streets, and the decking disappears into the vanishing point and takes your eye out and the house becomes one with the city below.”

A Stunning Yet Approachable Home for Everyone

Koenig’s achievement was extraordinary, and soon caught the attention of John Entenza, the publisher of Arts & Architecture, a preeminent design magazine of the era.

Entenza spearheaded the Case Study program, an exploration of “new ways of living” — and an exercise in creating modern homes that were accessible to America’s new middle class. The Stahl House, built for only $35,000 dollars, was a perfect fit for the program. And so, joining the ranks of homes designed by the likes of Neutra and the Eames, the Stahl house gained its own architectural fame among fans of California Modernism as Case Study House #22.

An Icon of Modern Living

The Stahl House became a showpiece for Entenza, furnished carefully with state of the art furniture and appliances. But this jewel of the Hollywood Hills became truly immortalized with a single photoshoot. It was Julius Schulman, noted photographer of many modernist masterpieces, who decided to shoot the home from the outside, at night.

Its interior lit from above by glowing lamps and from below by the lights of the city, the home seemed to float above Los Angeles like a vision of the future, barely constrained by its sleek glass walls.

Today, the home still floats above the city. Now, still privately owned, the home is open to tours. Though it was built 70 years ago, stepping onto the pool terrace, beside the cantilevered living room, one feels the magic of the home, a remarkable testament to the power of big dreams.

Related Posts
nathan-johnson-space-age-style
history-of-sea-ranch
This willl be hidden in site and replaced with the corresponding posts.