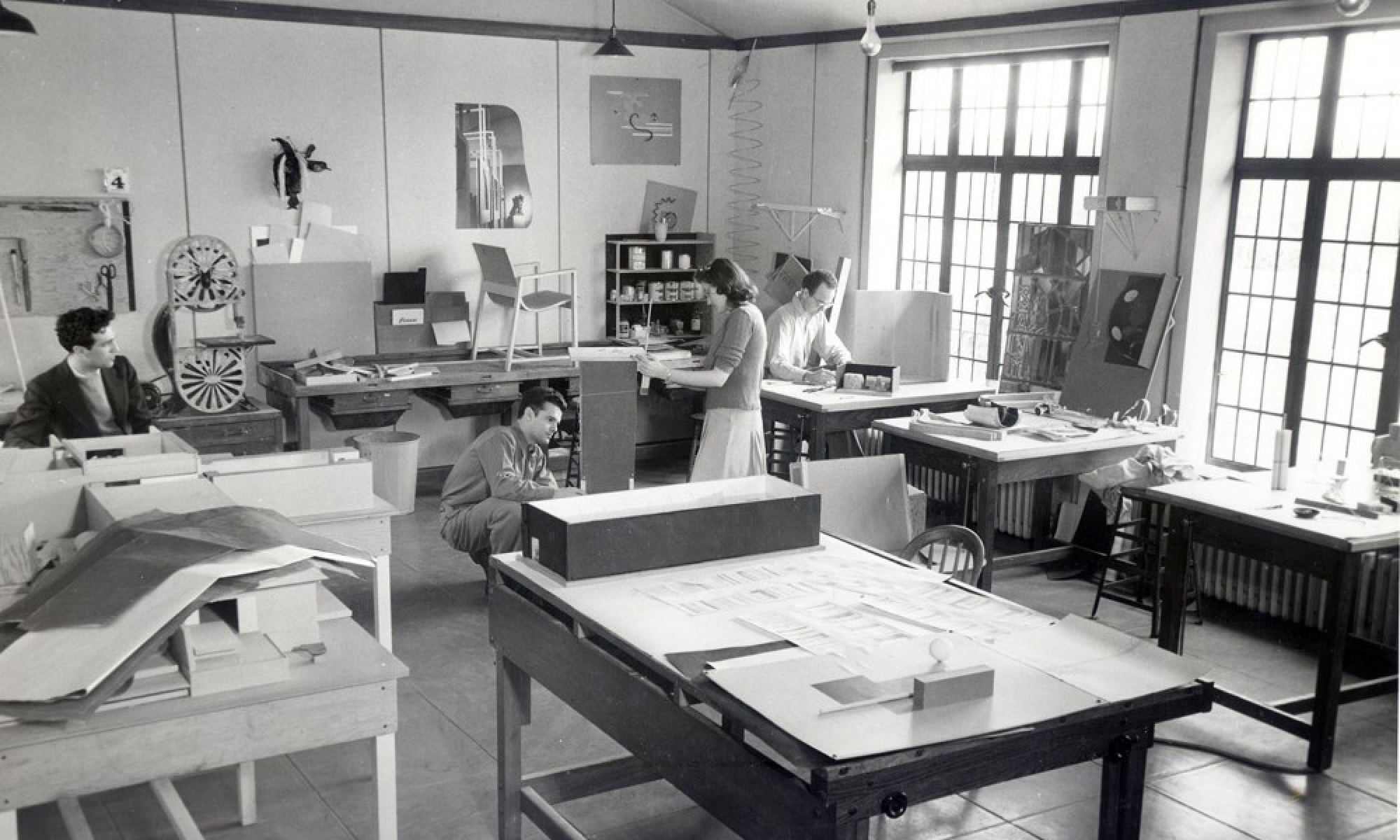 The School that Changed Furniture

The Cranbrook Academy of Art is not what you’d expect. Tucked in a leafy suburb of Detroit, the school is both museum and training facility for generations of architects, artists, and designers. Conceived by George Booth as a center of artistic education in 1926, the school served as laboratory and incubator for designers who would challenge the status quo and cement Michigan as the epicenter of modern furniture in the United States.

The influence of Cranbrook is clear for those in the know. Simply googling “Mid-Century Modern Furniture” results in a long list of pieces associated with the school. But five alumni stand out as leaders of a post-war furniture revolution that replaced staid, traditional designs with bold, affordable, and modern pieces. 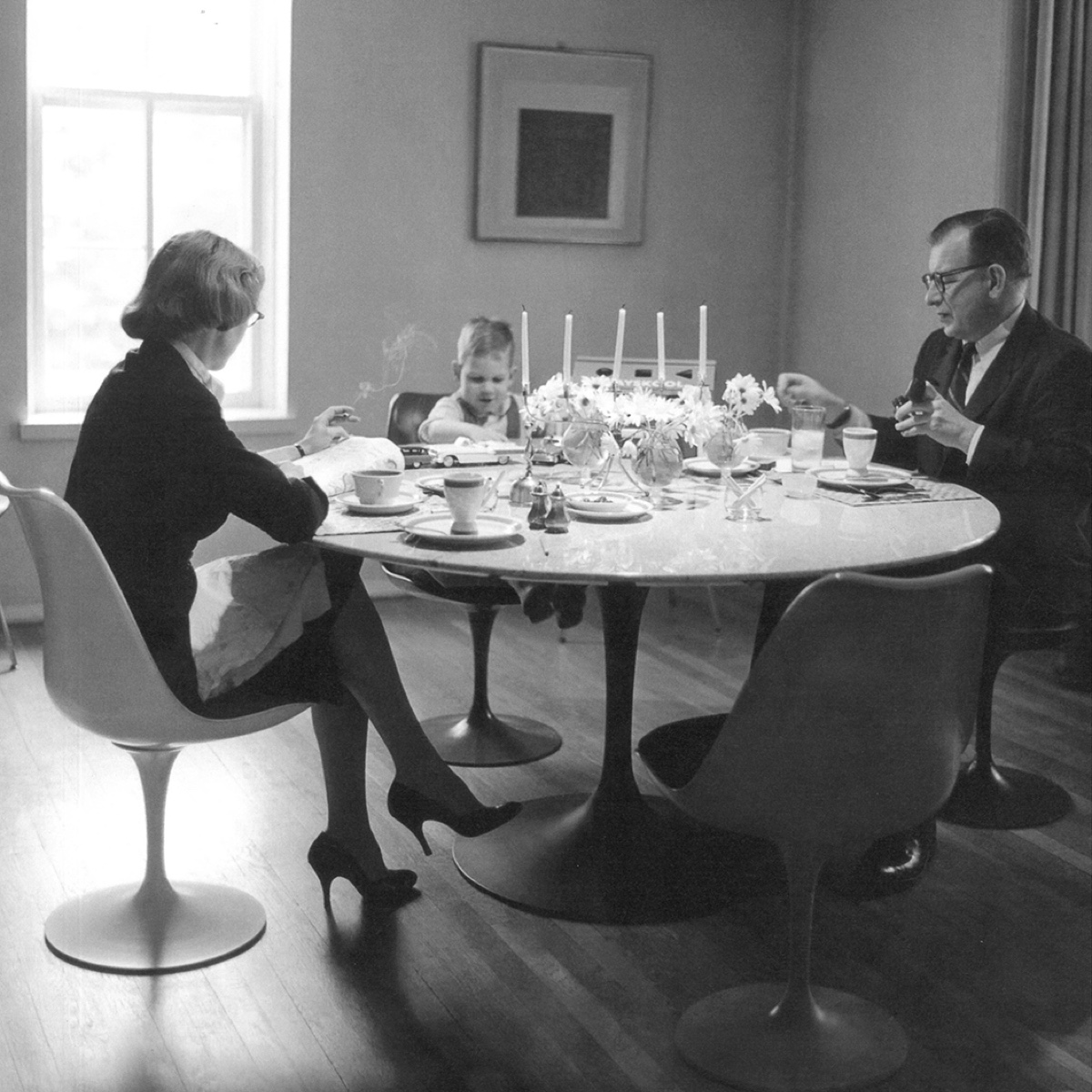 Saarinen and his family at a tulip table. Image via Knoll.

Saarinen’s father Eliel was dean at Cranbrook, so Eero not only attended the institution as a student but grew up on the campus. While the elder Saarinen is famous for his tranquil designs that meld traditional and art deco style, Eero’s work is emblematic of the space age. Along with architectural achievements like the St. Louis Gateway Arch, he is particularly famous for his pedestal collection of ‘Tulip’ chairs and tables. Aiming to rid the dining experience of the disruptive “slum of legs”, the Tulip chairs were designed to appear as a single piece of curvaceous fiberglass. 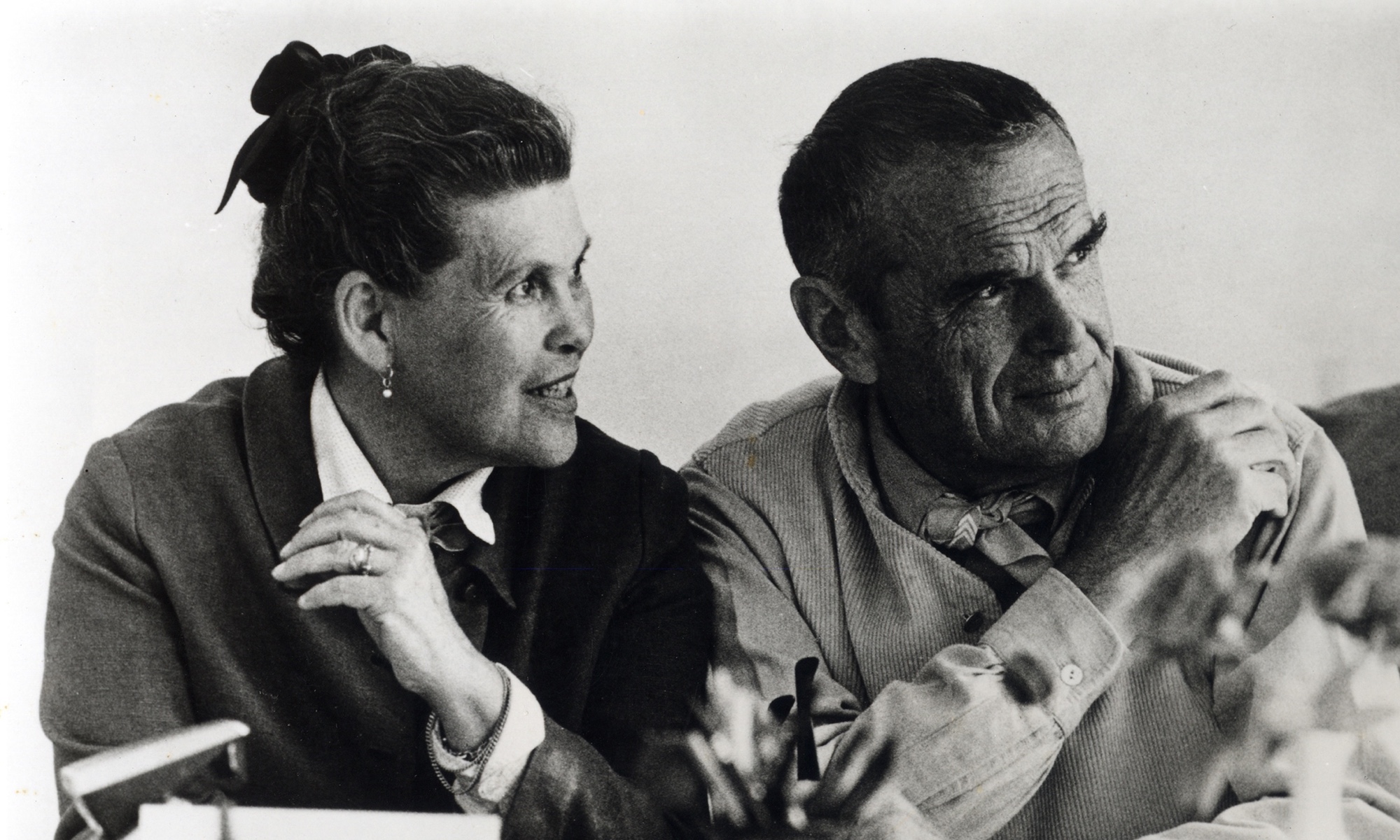 Ray and Charles Eames. Image via the Eames Foundation.

Without Cranbrook, the legendary Eames design partnership wouldn’t exist. The couple met at Cranbrook, and it was at the school that they began experimenting with molded plywood (Eero Saarinen was an early collaborator, too). Their work at Cranbrook was stalled by the war, but a plywood splint designed by the pair for wounded soldiers was a foundation for much of their later output. They emphasized function in their designs; believing “what works good is better than what looks good because what works good lasts.” Today, the molded Eames Chair is a coveted piece of furniture history. 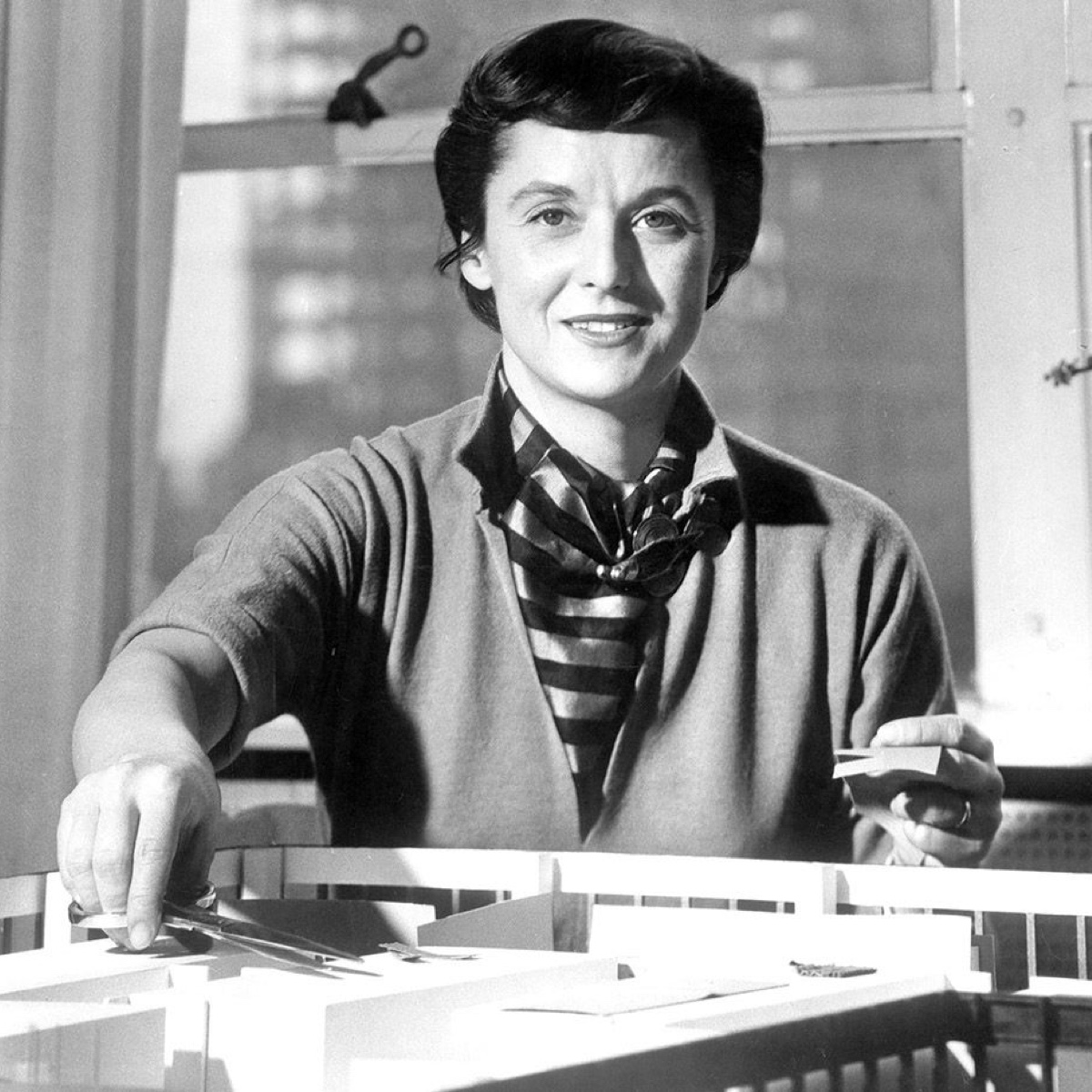 Each of the aforementioned Cranbrook designers partially owe their success to Florence Knoll, who studied at Cranbrook as a boarding student and became close with the Saarinen family. In 1934, Knoll enrolled in the architecture course at the academy, and entered into a furniture studio in 1936 where she collaborated with Eero Saarinen and Charles Eames. After finishing school, Knoll was a practicing interior designer who emphasized functional layouts and modern aesthetics. With her husband, she founded Knoll Associates, which famously worked in partnership with leading designers to bring modern furniture to market. With her business sense and strategic vision, the Eames’, Harry Bertoia, and Eero Saarinen became household names in the post war era. Her signature “Knoll Look” revolutionized American offices, bringing cutting-edge design to spaces that had long been dominated by faux European antiques. 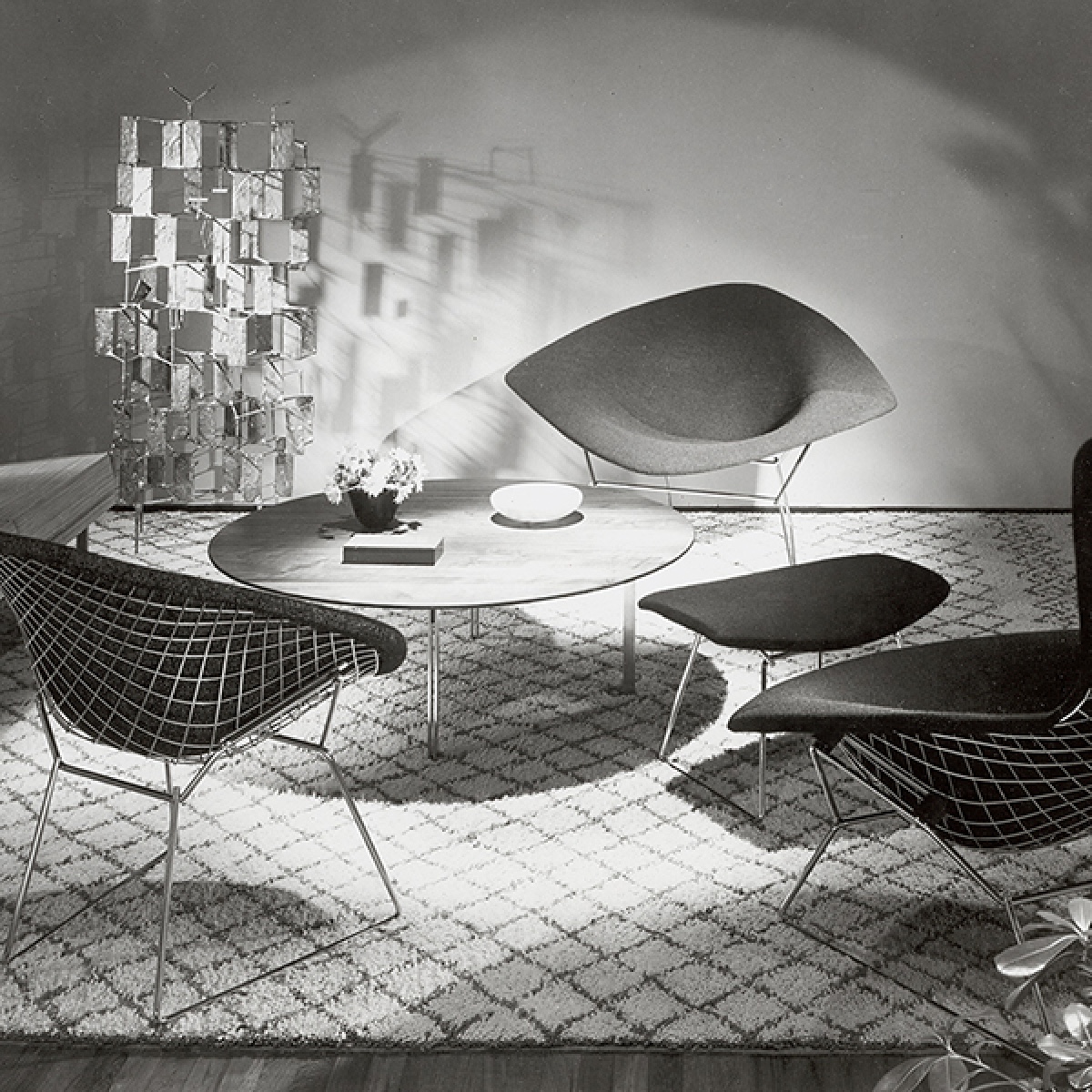 Bertoia came to Cranbrook in 1937 as a jeweler and sculptor. His work centered around metals, and so when he dipped a toe in the world of furniture design it was only natural that he would design pieces from wire. The famous diamond-shaped Bertoia chair used welded wires to form a molded seat. Bertoia considered furniture an extension of his sculpture practice, writing of his seating, “If you look at these chairs, they are mainly made of air, like sculpture. Space passes right through them." The chairs were a huge hit, and their success allowed Bertoia to devote himself almost entirely to sculpture in the mid-1950s.