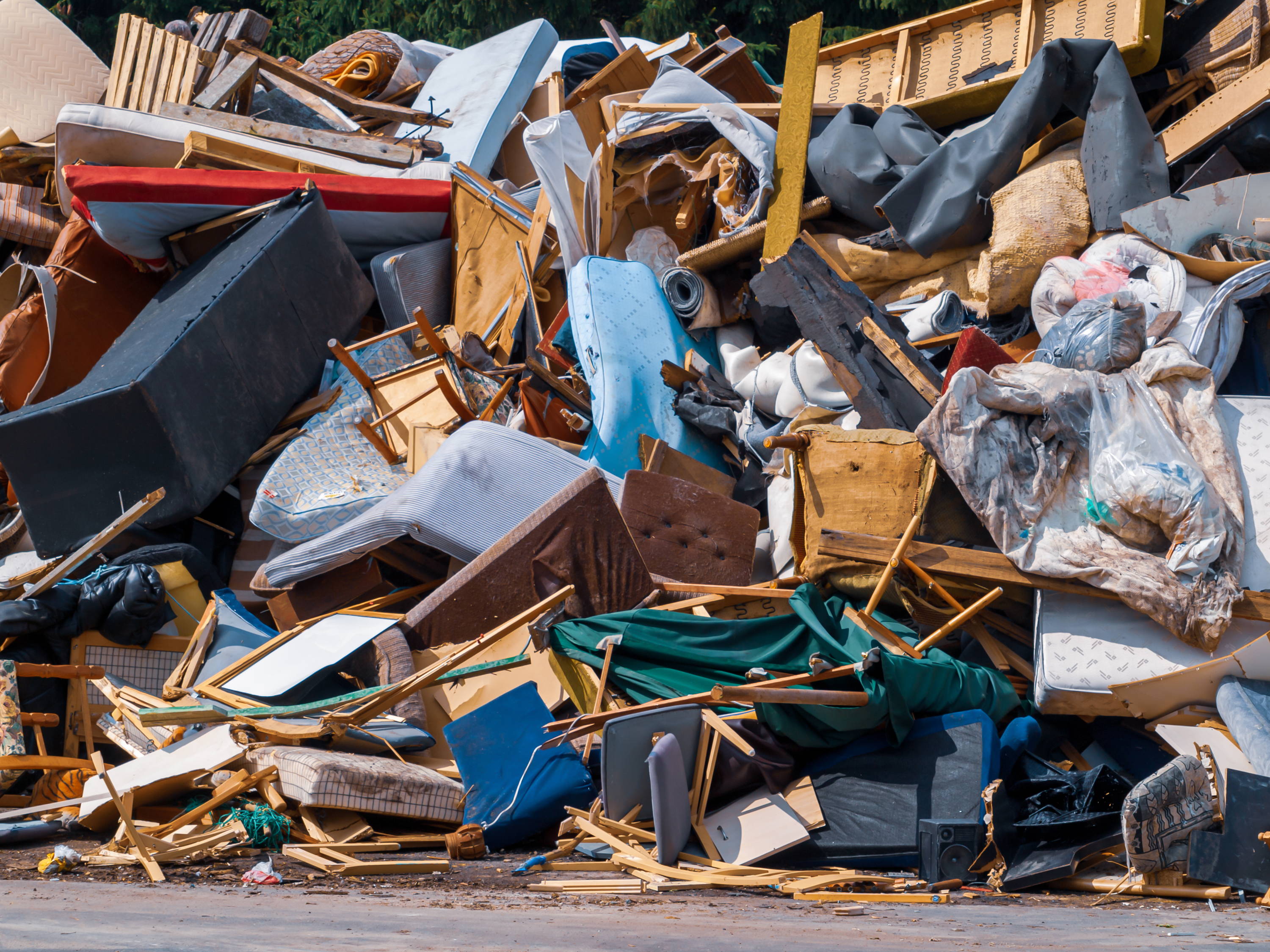 How the concept of circularity can create a more sustainable furniture industry, and what we're doing about it.

A well-appointed home can certainly spark joy, but it also has a potential environmental downside: unless you find a new owner for those old furniture pieces, they’re likely to end up in a landfill.

The Environmental Protection Agency estimates that Americans generate 12 million tons of furniture waste each year, with 80% of it going to landfill. Just a small fraction of that landfill waste gets recovered for recycling. Fast furniture is largely to blame. Made of cheap materials, it’s designed for one-time use, rather than for resale or reuse. And because fast furniture is inexpensive to begin with, people are more likely to dispose of it when they relocate rather than to pay to move it.

But a forward-looking economic model, championed by organizations such as the Ellen MacArthur Foundation, aims to eliminate such waste through innovative design. By rethinking how things are made, a circular economy designs out waste and pollution from the manufacturing process, keeps materials in use longer, and replenishes the earth. By designing products to be used over and over and powering the system with renewable energy, circularity shifts the emphasis away from destructive economic growth toward creativity and innovation, creating a restorative economy that regenerates finite resources.

Beyond “reduce, reuse, and recycle”

Back in 2002, architect William McDonough and scientist Michael Braungart wrote Cradle to Cradle: Remaking the Way We Make Things, a revolutionary book detailing an alternative to the traditional model of manufacturing products. Rather than casting off waste (much of it toxic), the cradle-to-cradle approach takes inspiration from the circular system of nature.

As an example, a cherry tree produces thousands of blossoms in order to entice pollinating bees to help turn those blossoms into seeds. The blossoms that don’t become seeds aren’t waste—they fall off the branches and decay, turning into nutrient-rich soil that nourishes other plants and creatures. Similarly, man-made products can be designed to safely re-enter the environment as either “biological nutrients” (composting into the soil, for instance) or as a “technical nutrients” in a closed-loop industrial cycle, rather than being downcycled into low-grade uses like most recyclables (think plastic and paper) are now.

Waste isn’t an essential part of manufacturing products; it results from decisions made in the design process. The Ellen Macarthur Foundation believes in “changing our mindset to view waste as a design flaw” and harnessing new technologies that would eliminate waste.

The organization compiles compelling case studies of companies doing just that. Evocative Design, based in Troy, New York, has developed an alternative to packaging made from polystyrene, or styrofoam, using mycelium (the root structure of mushrooms). After use, the packaging biodegrades, unlike plastic, a leading cause of physical pollution that introduces toxins into our environment. The minimal processing required to make the packaging ensures its economic viability. Since launching over a decade ago, Ecovative has opened a new production facility and is supplying packaging to a growing number of partners.

Extending the life of products

Instead of designing things for quick disposal, there’s an opportunity to produce products and components for reuse and repair. The UK-based company Hiut Denim, for instance, offers free repairs for the lifetime of its jeans. By selling direct to consumers, Hiut manages to maintain a healthy profit margin, which means that it can continue to invest in its business and its Grand Master sewers, who spend about 1 hour and 10 minutes sewing each pair of jeans compared to the 11 minutes some of the bigger factories spend on theirs.

In nature, nothing is waste—everything is food for something else. Instead of trying to minimize harm, circularity aims to benefit the environment. By returning valuable nutrients to the soil and other ecosystems, we can rebuild our natural resources.

In Japan, a small-scale rice farmer named Takao Furuno has figured out a way to produce 20%–50% more organic rice than industrial farming systems by growing other food synergistically along with the rice. Furuno’s process begins with rice seedlings in flooded rice paddies. Then, he introduces a raft of ducklings that eat the insects that normally feed on the young rice plants. Next come loaches, a variety of easily cultivated fish, and Azolla, a water fern, which fixes nitrogen from the air, providing a natural substitute for artificial fertilizers. The grazing ducks and fish manage the Azolla’s growth while their droppings provide nutrients that the rice needs to flourish.

The higher rice yield, combined with the production of the other foods grown alongside the rice, means that Furuno’s gross income from his six-acre farm sometimes rivals that of a typical 600-acre rice farm in Texas. 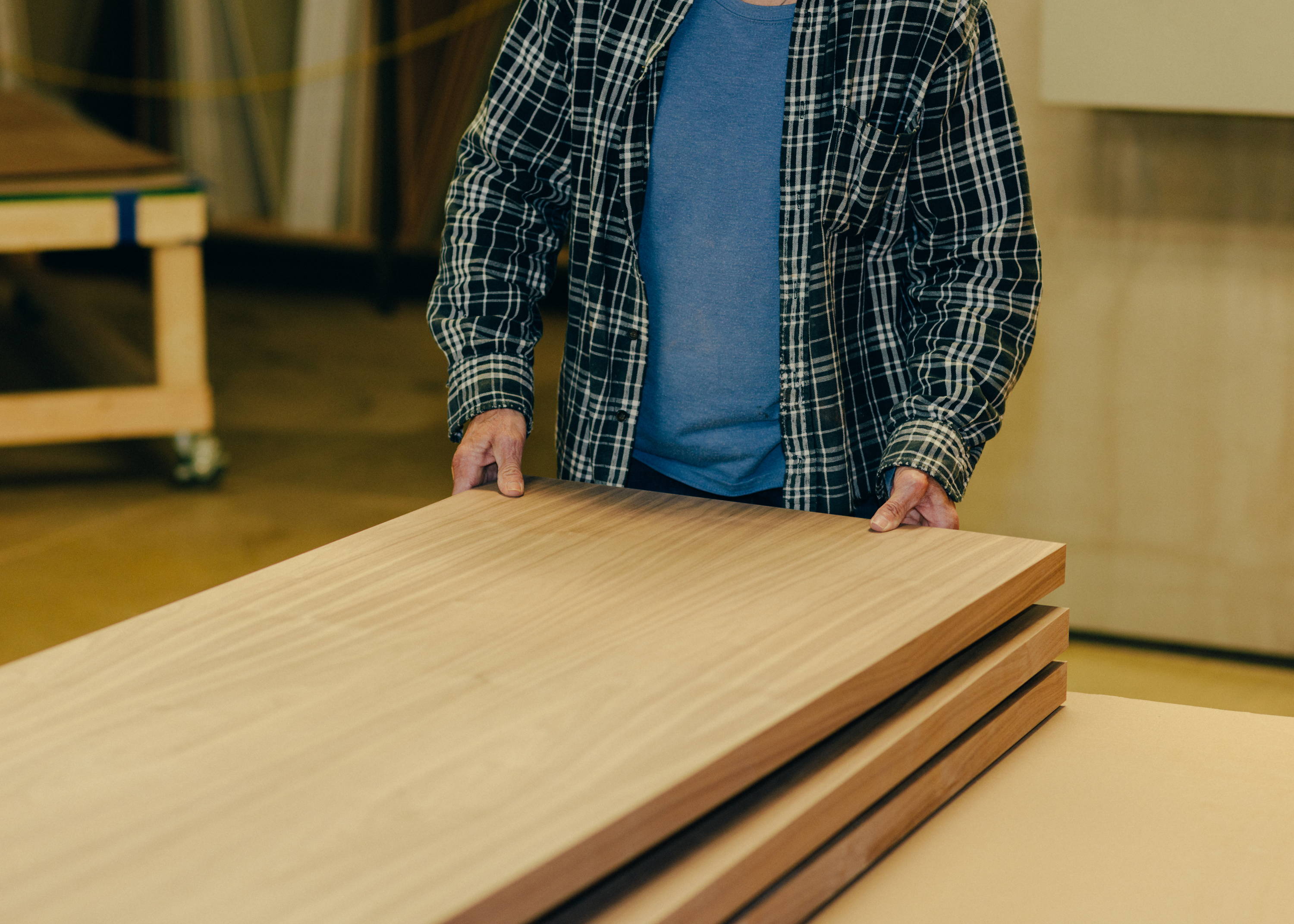 At Floyd, we’re taking steps toward a circular model in our commitment to sustainability. We launched Floyd in reaction to fast, disposable furniture by designing products that people will keep and that won’t degrade when moved. Floyd pieces are designed to be serviceable, making it easy for customers to replace parts over time if necessary. And manufactured in the U.S., they’re made close to our customers in order to reduce emissions caused by unnecessary transport. Now, to further our commitment to keeping our furniture in use longer, we’re launching a new resale and refurbishment program called Full Cycle.

Full Cycle is Floyd's center for extending the life cycle of our products—by giving you a way to shop returned and used furniture at up to 50% off, service what you already have, and recycle products responsibly when they’re beyond repair.

Keeping materials in use longer

As part of Full Cycle and in keeping with circularity, we design all of our products to be a kit of parts that can be serviced individually. That means if a component breaks, rather than throwing out the entire product, just the broken part can be replaced. Our customer experience team is available to help you get the replacements you need. Plus, because we’re confident about the quality of our furniture, we stand by it with a 10-year warranty. Our SVP of Operations and Corporate Development, Aaron Turk puts it best: “We're pretty much standing by our products for life."

Eventually, all products come to the end of their useful life. But we’re figuring out ways to save furniture from the curb by connecting customers to a proper recycling solution. Go here to join the waitlist for the recycling database.

Since most products come as a kit of parts and can be flat packed, we’re able to minimize transportation and warehousing costs and maintain a lean inventory model. To further cut down on transportation, our fulfillment centers are strategically located near our core markets in major metro areas, so the pieces have fewer miles to go for final delivery. “That allows us to transport product more efficiently in larger quantities from our manufacturers to those fulfillment centers, which not only minimizes the transportation expense but also the overall carbon footprint,” Turk says.

Our resale program also lowers our carbon footprint by saving furniture returns from taking a lengthy trip back to our Detroit warehouse. If, say, a customer in California returns a bed, it would normally travel to the local last mile hub, then to our fulfillment center near Memphis, Tennessee, where it would be held until we had enough of them to truck back to Michigan. Through Full Cycle, the bed is rerouted to a regional distribution center, where it gets inspected, photographed, and posted to our site for resale at 15% to 50% off retail.

Full Cycle is about taking responsibility for our products, giving returned and damaged items a second chance at a long life.

But it’s just the start. Over the next four years, we’ll be making progress toward more sustainability goals—ensuring that 70% of the material we use comes from either recycled or renewable sources, minimizing packing materials and eliminating single-use plastics, using 100% FSC-certified wood in all our products, and measuring, disclosing, and reducing greenhouse gas emissions across our supply chain. All these steps are part of our circular vision for a future without waste.