Inside the home that this California architect calls rustic, relaxing, and evolving. 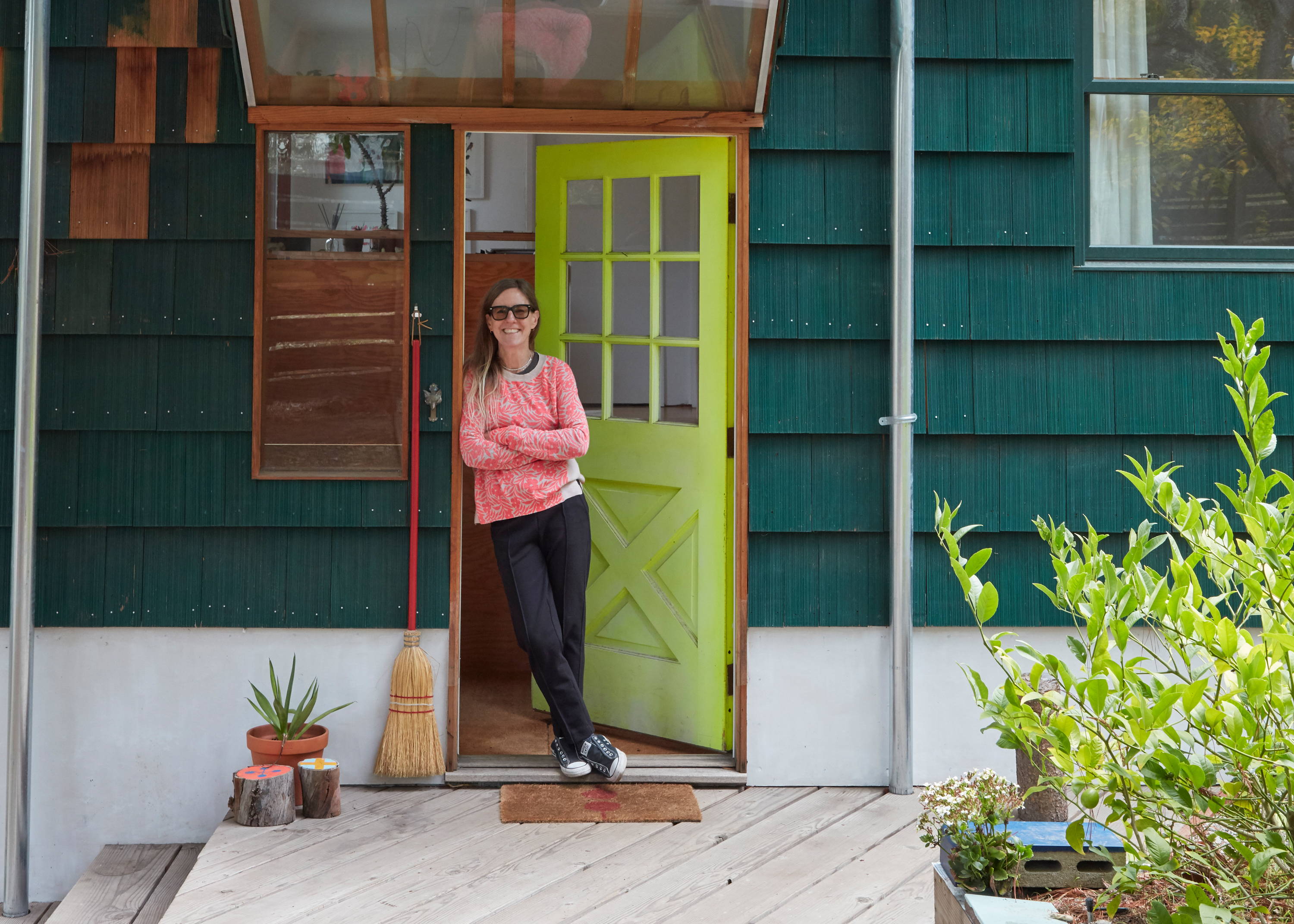 California-based architect Emily Jagoda takes pride in designing projects that don't easily identify with a particular decade. Her design is rooted in modernist traditions but influenced by vernacular and charm, creating timeless architecture focusing on space and light.

Emily's approach to design is intriguing. We chatted with her to learn more about what inspires her, what defines her style, and how she channels her architectural designs into her own home.

Tell us about yourself!

My name is Emily Jagoda. I was born in New York, grew up in Nebraska, and spent summers in New York and occasionally in a teepee outside Breckenridge, Colorado. I came to California for graduate school at Southern California Institute of Architecture (SCI_Arc) and loved the light so much, I never left! It's also a pretty great place to be an architect.

What about architecture interests you? How did you get your start in this field?

It's also just such a rich discipline. While it can sometimes be frustrating that the learning never stops (haha), it provides so much to explore and experiment with.

I do think I was interested in architecture from a pretty young age. I used to measure all of the furniture in my bedroom growing up, and I would rearrange everything at scale on construction paper. Though maybe that counts more as interior design?

I haven't done very much work outside of the residential realm yet, but I would certainly like to investigate more non-residential projects at some point. I would especially like to design a gallery or museum — a contemplative space that provides a place to focus. That said, residential is pretty fertile ground. 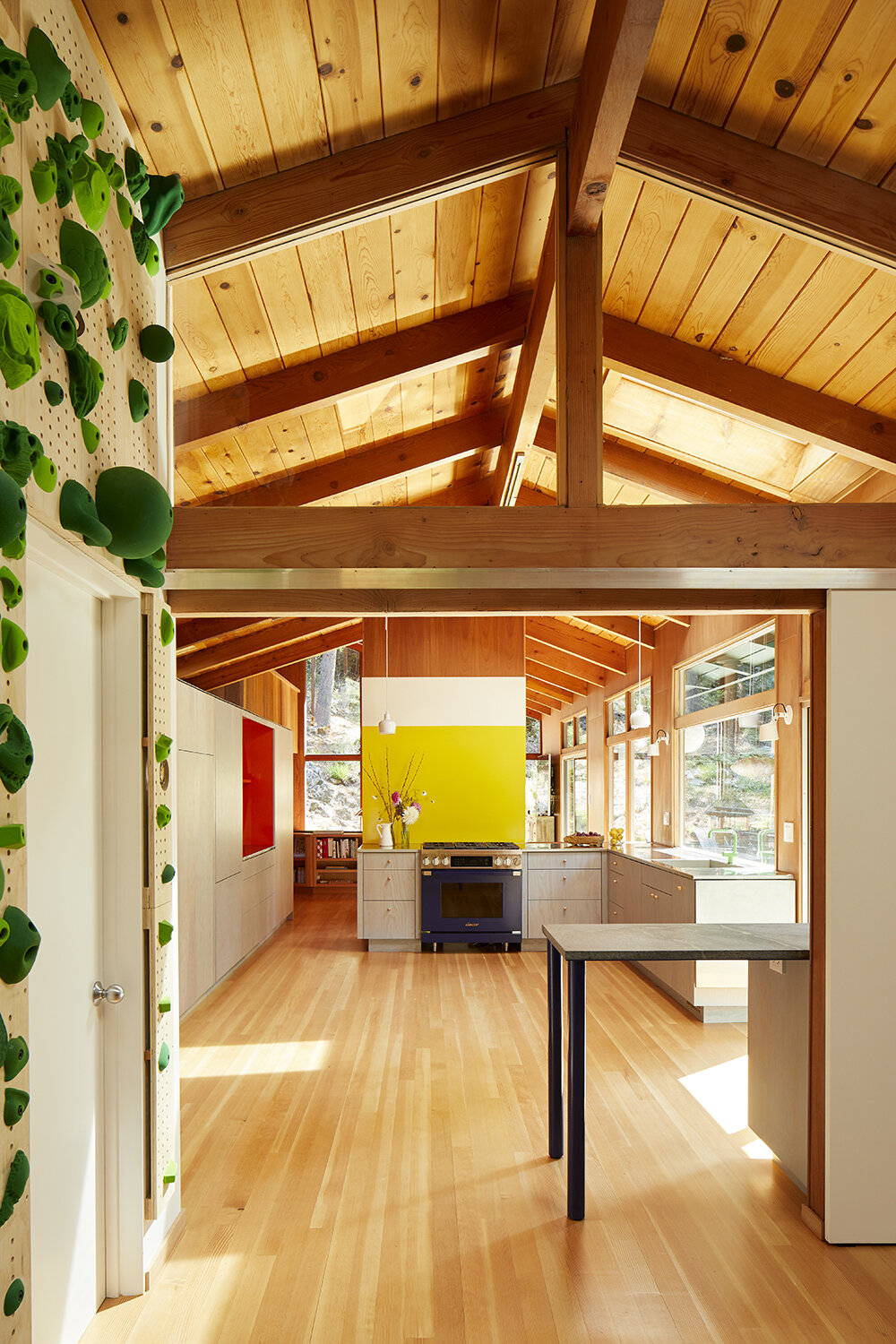 Do you find your work trickles into your personal life?

My work definitely trickles into my personal life. Architecture, to me, has a kind of philosophical underpinning, so in that sense, it feels natural to let them intermix.

I feel many architects approach life in general as a kind of design problem. I certainly do. There's this idea of the "gesamtkunstwerk" or "total work of art" in which architecture is designed in conjunction with other elements such as lighting, wallpaper, hardware, furnishings — everything is up for grabs to become a design element.

One curious aspect about architecture is that we think it is fairly permanent, but that really depends. Houses often evolve over their lifetimes, and that temporal quality is intriguing.

What elements, colors, and materials do you love to work with?

Somehow I'm magnetically drawn to bright primaries and hot pinks. I don't tend to use a lot of color on walls to allow the colors and textures to have a quiet foil to read them against.

There is definitely a huge overlap between the colors and materials that I use in client work as in my own home. I really like to use natural wood and prefer to keep the natural hue and grain movement visible. And for furniture, I really love mohair, velvet, wool, and other soft textures.

What are the intentions behind the designs of the homes you've worked on? They seem fresh and airy, and very relaxing.

I feel like playfulness and charm tend to be underrated qualities in architecture, so I am always trying to sprinkle some of that around. And I feel like, on some level, I want to live in a greenhouse, so I often design spaces that have a great deal of natural light. Also, I like the sense of volumetric space. So I guess that's how you get to the light and airy! 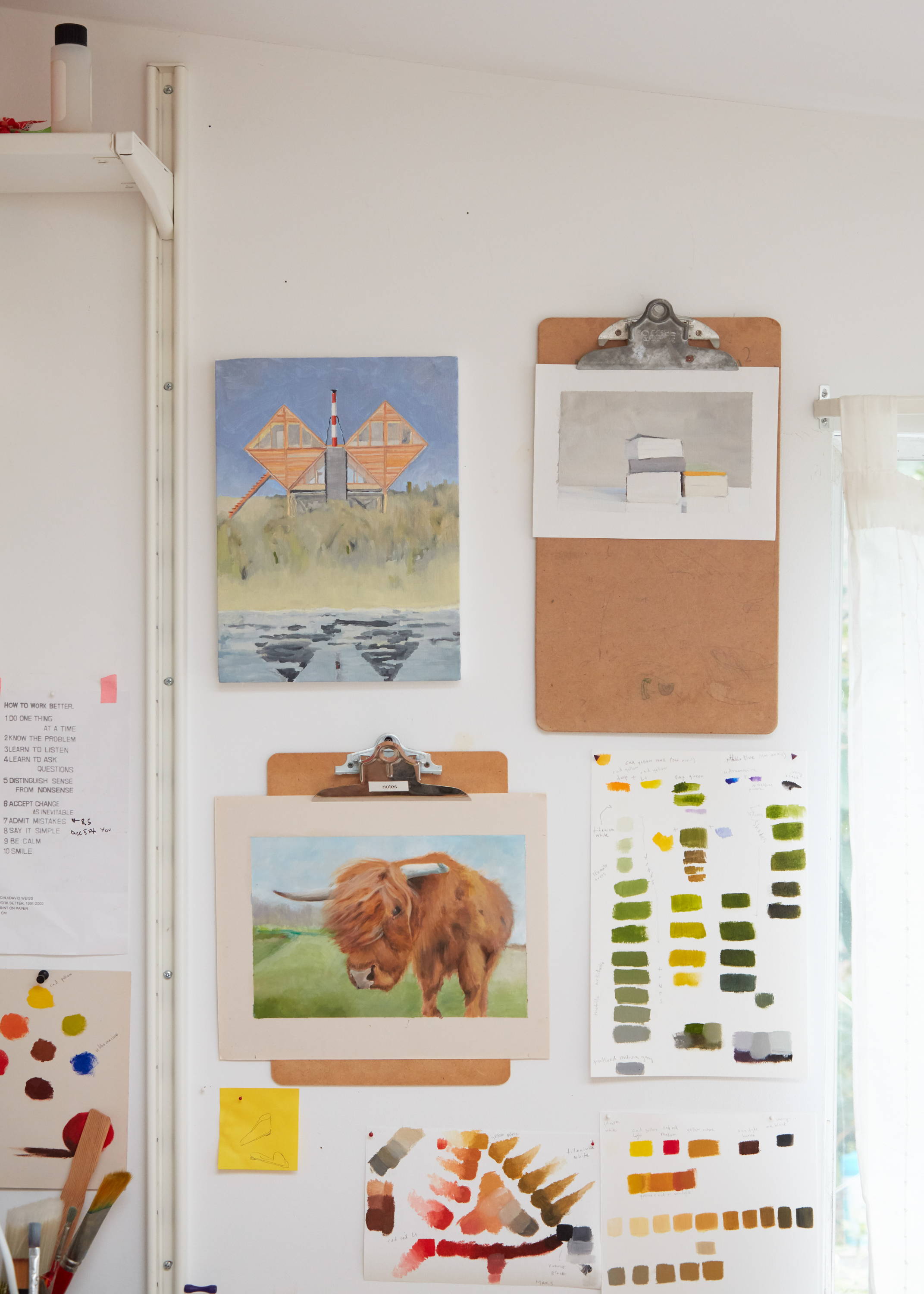 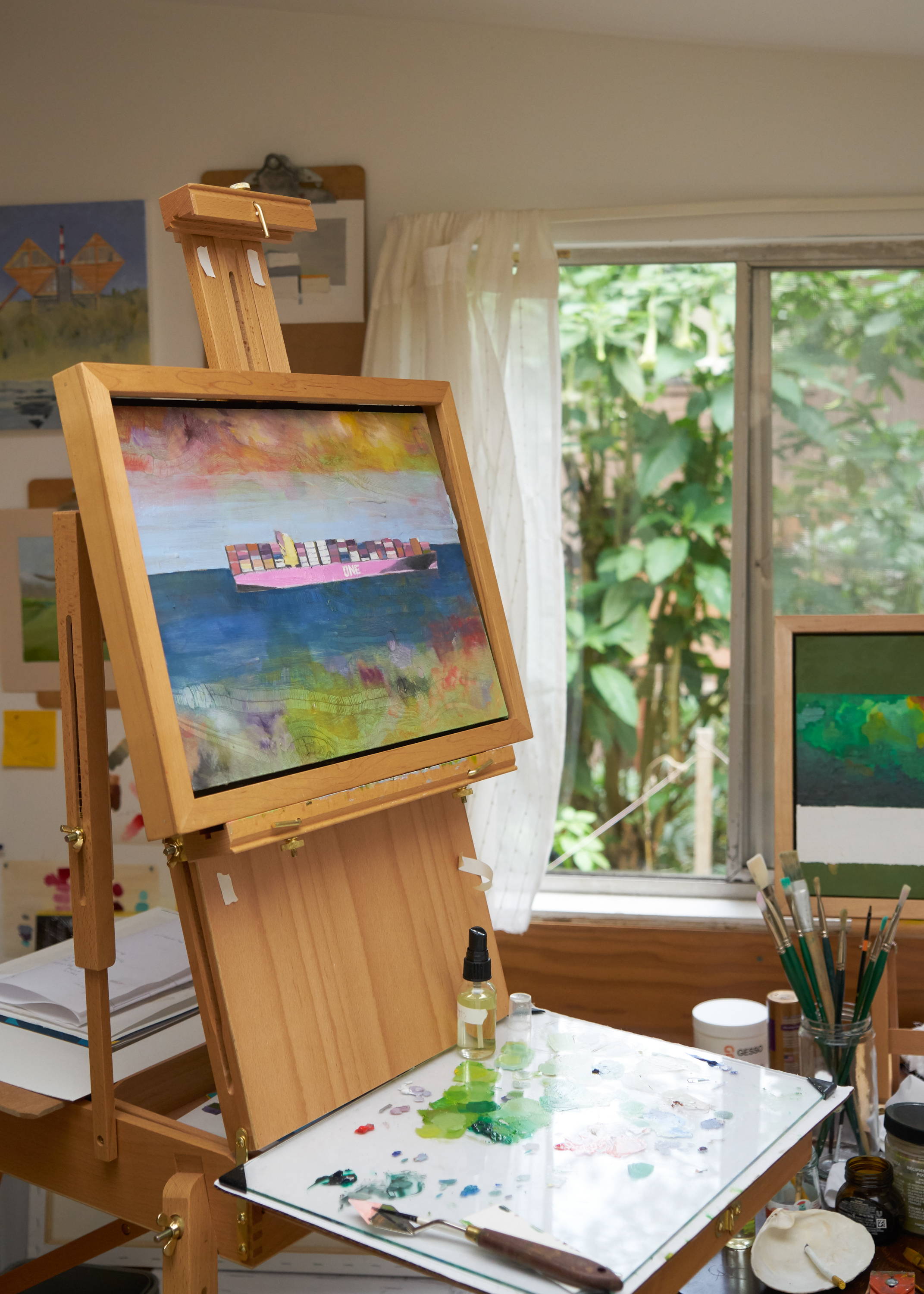 What do you do on the side to keep the inspiration flowing?

Gosh, for inspiration … there are so many sources. I try to go for runs or walks out in nature, which can be pretty fruitful. But, incredibly, inspiration is just everywhere you look. I look at many paintings, both new and old. But, often, the particular design problem itself can be inspiring.

The thing about nature as a source of inspiration is that it's ever-evolving and changing. I think buildings are also not static or, at least, my house is an ever-evolving project! But 'feeding the energy' can come from almost anywhere, so I'm always on the lookout.

Who in your field has inspired or influenced you in your career?

I'm certainly influenced by the so-called Santa Monica school of architects. Ray Kappe, who founded SCI_Arc, has been one of my biggest influences. Not necessarily aesthetically (although I love his work), but it was the way he approached the profession and created his own opportunities. His was a great example of designing one's own career.

In general, though, I'm most curious about innovation and experimentation, which sometimes reinforces a more temporal sort of building. One of the best is Alvar Aalto's Muuratsalo Experimental House, in which he tested materials and building technologies. It's like house-as-laboratory, and I love it.

Rudolph Schindler is also a big influence in many respects; his conviction — building as much as you can makes you a better builder — is something that I have tried to live by. And Frank Gehry is another great influence as well. I especially appreciate that he was doing what he termed 'cheapskate architecture' in his early work. I love the idea that great design can be on a smaller scale budget. 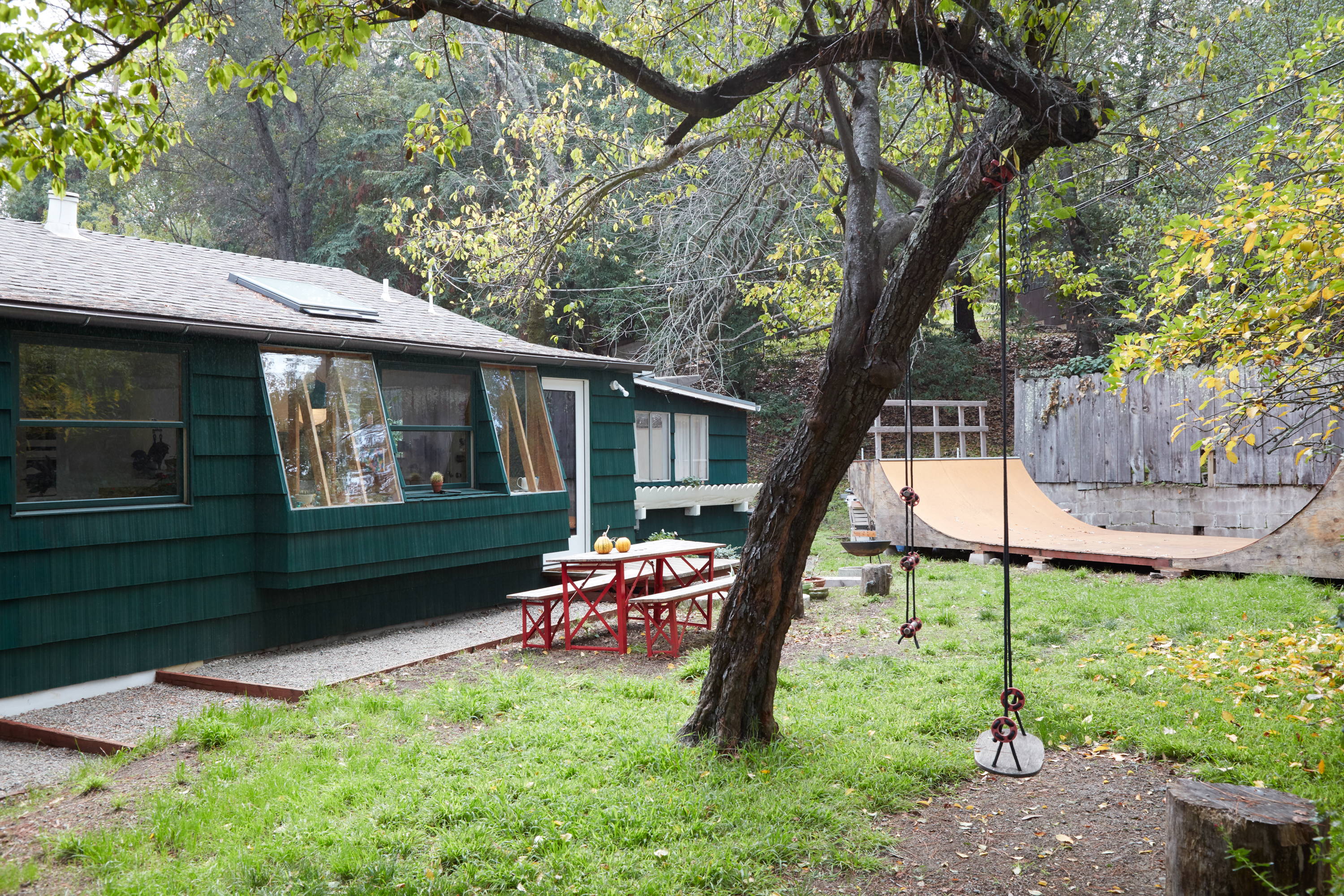 Let's talk about your current home. It's in the woods, right?

Yes, our house is in the woods. It has been great living in the woods, although the light has been a challenge. I've taken up painting, and I paint in the sunroom. It has windows on three sides and a skylight that takes up about half of the room, and still, I find myself leaving tinfoil and silver stuff all over the place to get the light to bounce around! I'm on the verge of doing the Andy Warhol thing and covering the walls in silver foil!

Is it a big change from where you lived before?

It is! Our last house in Los Angeles was very urban. I designed that house to fit on the rear half of the lot, and it ended up becoming a very vertical building because the footprint was around 650 square feet or so.

Our current house has a more traditional layout. There is no end of design challenges to solve at this house, especially compared to building from scratch. 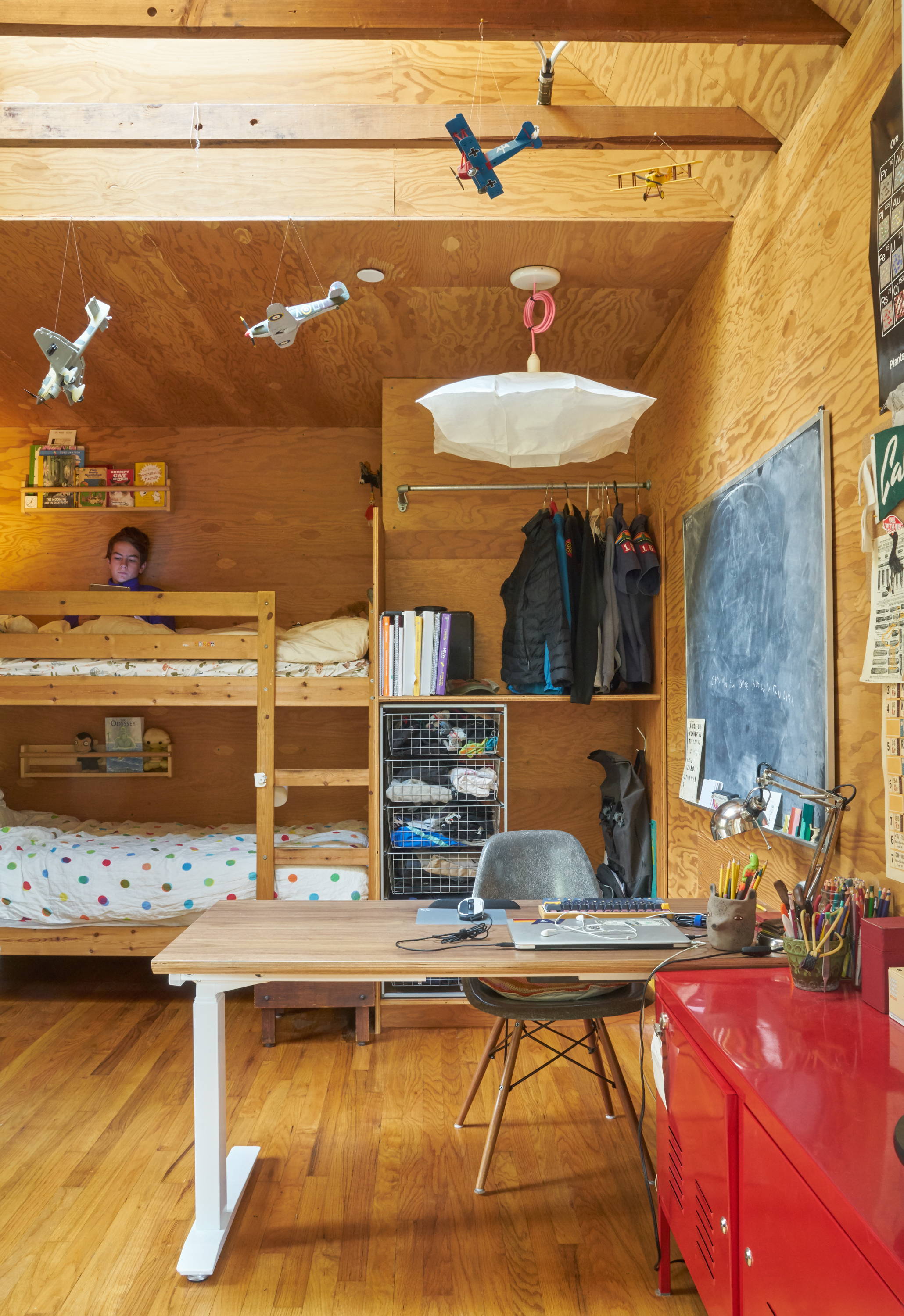 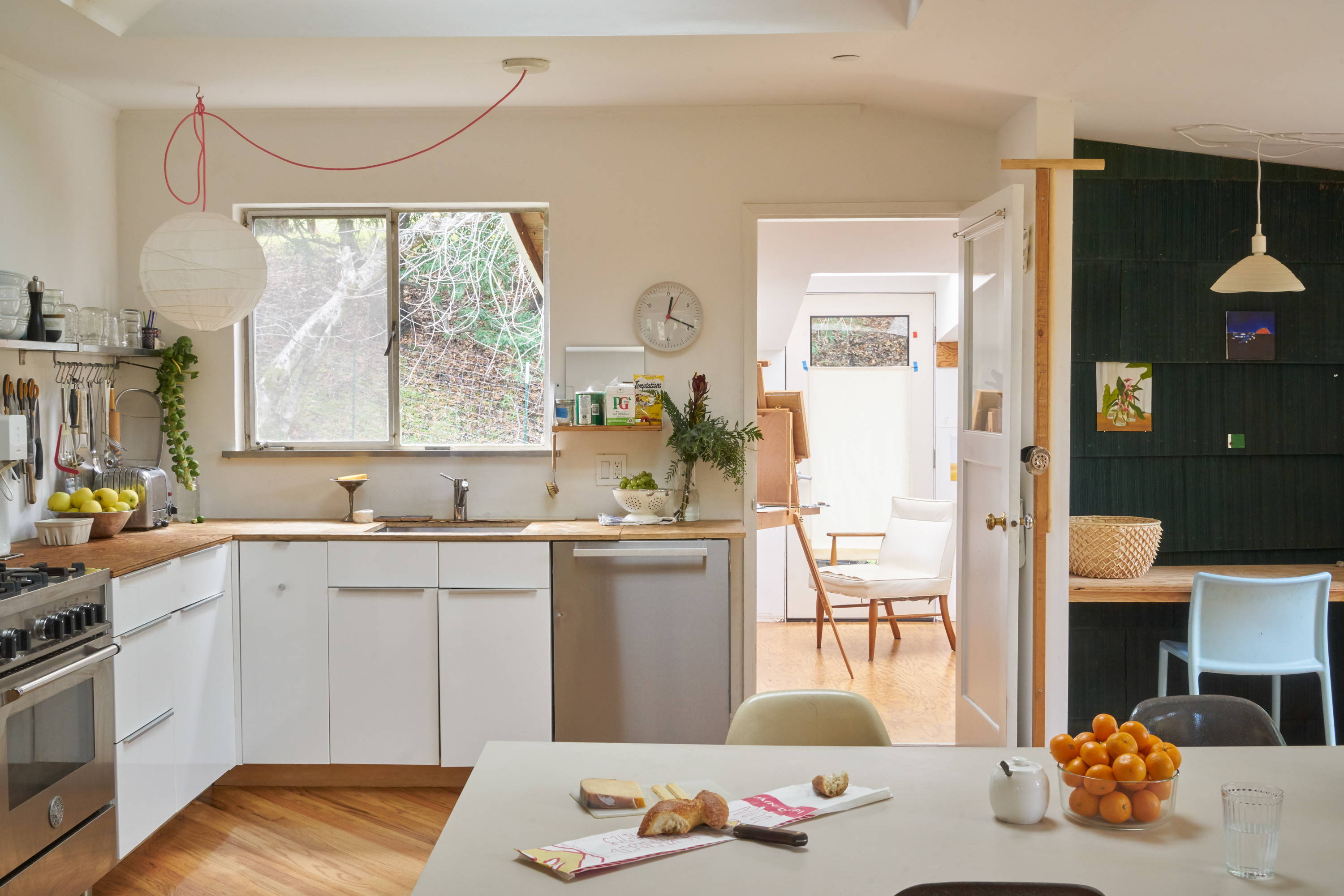 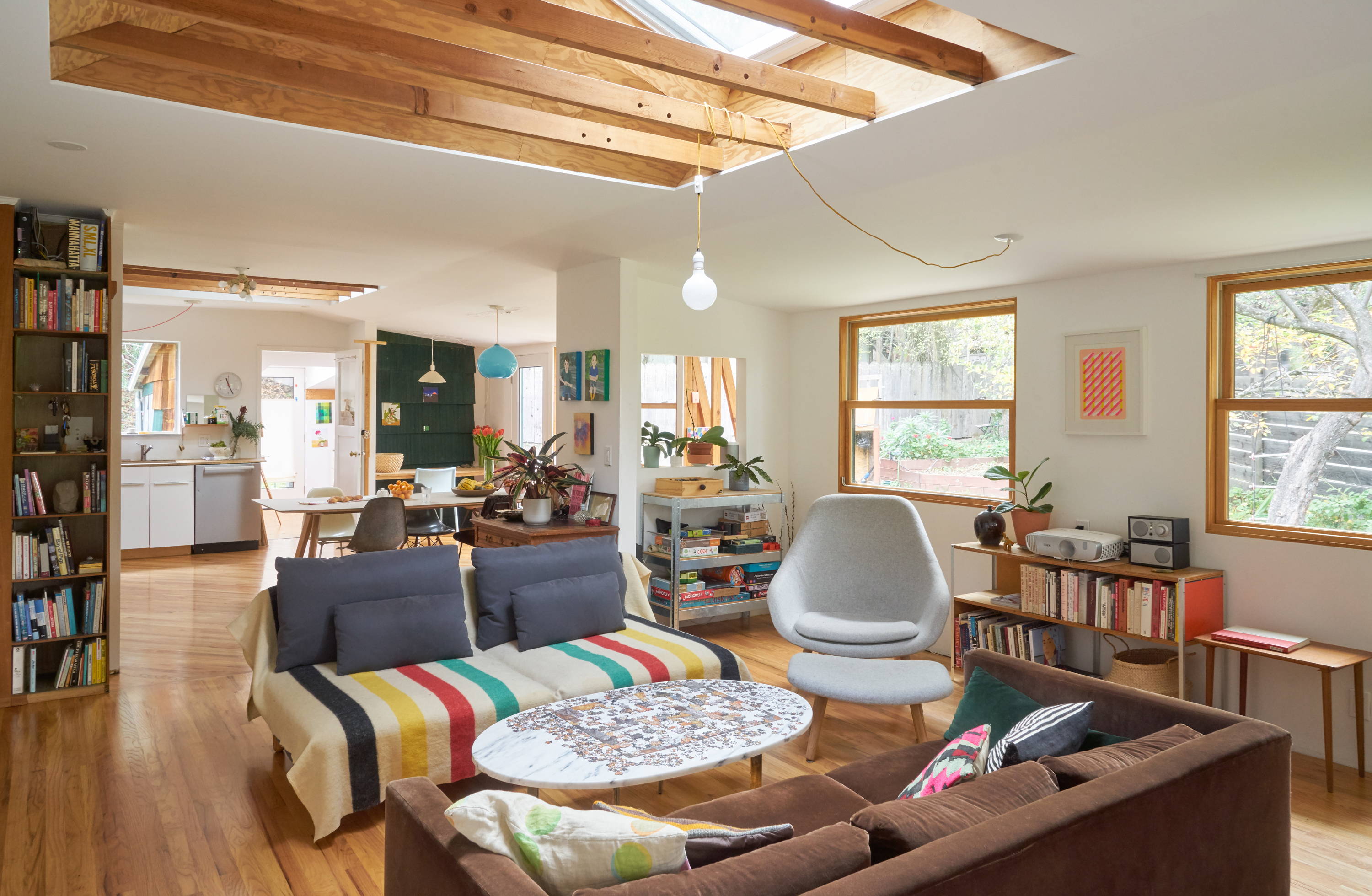 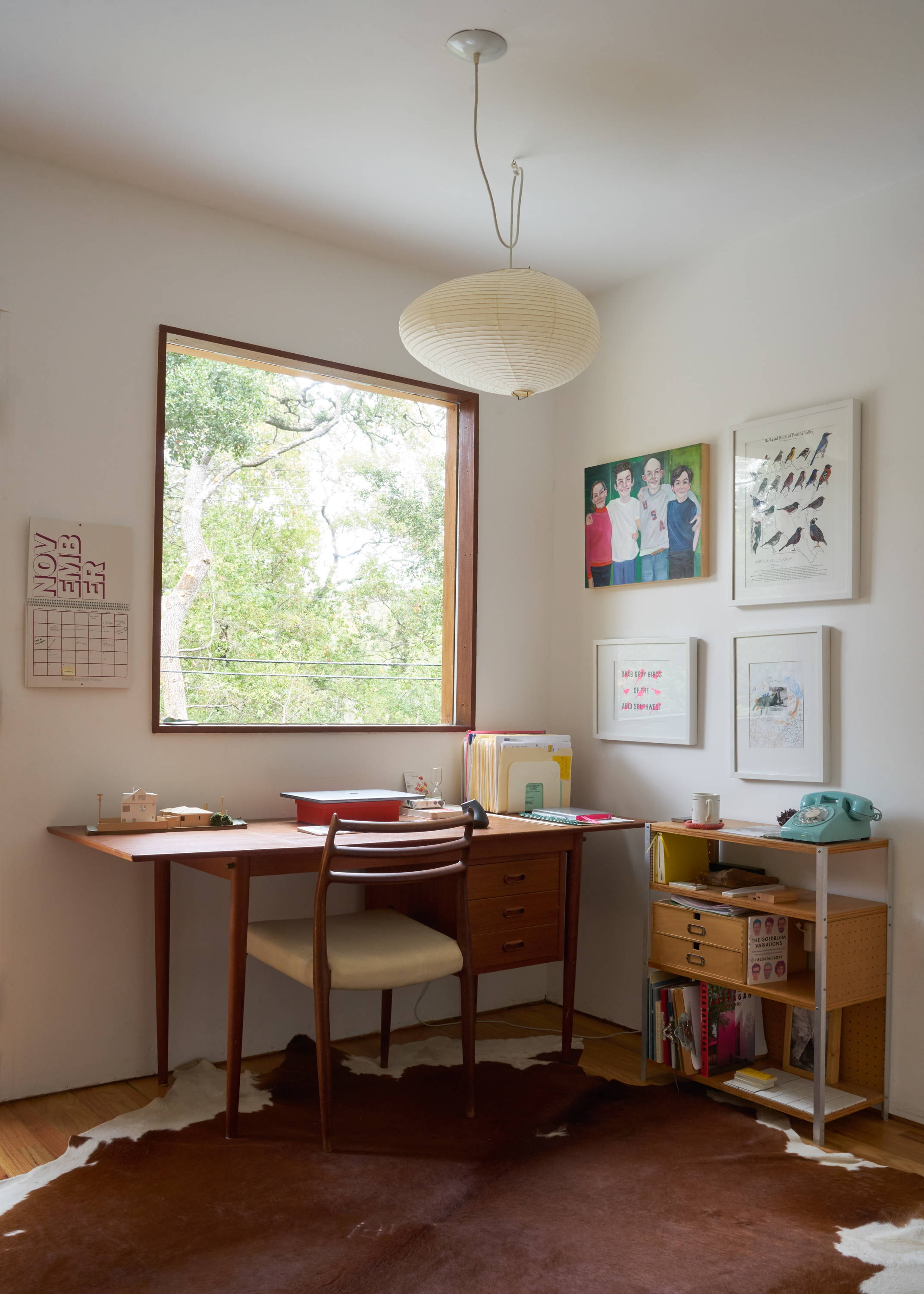 Tell us a bit about the inspiration behind the design, style, and decor of your home?

The existing house was a strong starting point as a remodel and addition. But the house didn't relate to the site all that well and had some bizarre additions. So making it relate to the view, perforating for light, and creating better access to the yard was the first priority.

I also tweaked the shingled envelope with the entry awning and the bay window. These geometric elements are playful ways to connect inside to out: the awning bringing light onto the front porch and the bay window bringing daylight into the kitchen/dining. That bay also acts as our 'take-out window' serving the outdoor eating area. I hope that tweaking the envelope makes the building form a little more abstract.

What does home mean to you?

Home is refuge. Although everything is temporary, to some extent, and creating coziness and respite is ongoing, ever-evolving, that sense of shelter is the essence of it.

For more about Emily please check out:

Featured Products.
The Standing Desk
This widget makes post narrow
This will be hidden in site
Related Posts
home-profile-vanessa-granda
dave-victoria-sutton-upstate-container-home
This willl be hidden in site and replaced with the corresponding posts.